Despite Overall Crime Rate Drop in Connecticut, Some Lawmakers Calling for Stricter Laws

Posted on November 08, 2021 in Criminal Defense 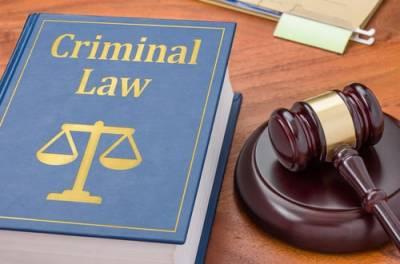 According to data compiled by the FBI for its uniform crime report released every year, there has been a significant drop in the overall crime rate in the state of Connecticut over the past ten years. The rate of violent crimes has dropped almost 40 percent in the last decade, giving the state the fourth lowest ranking in the country. The rate for property crimes has fallen by almost 30 percent, putting Connecticut in the bottom 15 states.

The rates that have not dropped, however, are for homicides and car thefts. In fact, those rates have risen dramatically, leading some lawmakers to propose stricter criminal justice laws, especially aimed at juveniles.

One of the main reasons cited for the increase in car thefts is that due to the COVID-19 pandemic, many people were staying at home – and not always locking their vehicles up. This meant there were many more vehicles vulnerable to theft.

Criminal justice experts have not been able to determine the increase in homicides, although the National Council on Criminal Justice has cited the economic and social pressures put on people during the pandemic as possible factors. In Hartford, the rate has more than doubled from the previous year, coming in at 61 percent. New Haven has had an almost 40 percent spike, and Waterbury reports a 30 percent increase.

These alarming increases have led some Connecticut lawmakers to propose changes in the state’s juvenile justice laws and have submitted a package of proposals called “A Safer Connecticut.” They say the goal of the proposals is to eradicate recidivism in juvenile crime while increasing social services spending (although there is no definitive amount set in the package). However, the proposals also include the elimination of some parts of the law enforcement transparency rules. Critics say this will make it easier for officers who have been decertified at one department for disciplinary actions to just move to another department.

Other changes in the A Safer Connecticut proposal package includes:

If you or your loved one has been arrested and charged with a crime, you need a skilled Stamford, CT criminal law attorney who will aggressively defend you and advocate for your rights. Call Law Offices of Daniel P. Weiner at 203-348-5846 to schedule a free and confidential consultation with Attorney Daniel P. Weiner and find out how our firm can help.