Posted on July 07, 2015 in Driving Under the Influence 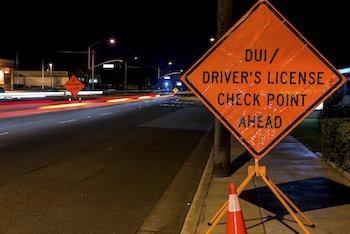 As is common with many other areas of the law, alcohol-related driving offenses are susceptible to a number of popular myths. Many of these fabrications not only are false, but they also can land you in a lot of trouble if you believe them. All drivers should be aware of the laws of the road, and DUI laws are some of the most important. In order to protect yourself under the law, you should be aware of some of the most popular misconceptions regarding driving under the influence.

1. There Are Ways to Fool a Breathalyzer

Breathalyzers display an accurate measurement of a driver&#039;s blood-alcohol level by analyzing his or her breath. Since police began using these machines, urban myths about fooling them have continued to flourish. These have included everything from brushing your teeth to placing a battery or penny in your mouth. Some people have even suggested that being a smoker decreases the breathalyzer&#039;s ability to take a reading. According to Bactrack.com, these are all entirely untrue.

2. It Is Better to Lie to a Police Officer about How Much You Have Had to Drink

It is never a smart idea to lie to law enforcement about anything—let alone drinking and driving. Though your blood-alcohol level may be legally low enough to drive, it is always best to give an honest answer. Should you get caught lying, you might face other charges.

3. You Must Agree to Field Sobriety Tests

You are free to deny taking a breathalyzer, walking in a straight line, or completing any other sobriety tests. Keep in mind, however, that refusing such tests may subject you to administrative penalties from the Connecticut Department of Motor Vehicles.

4. You Can Have Two Drinks before Driving

The “two-drink rule” is another popular myth among drivers. Here is the truth: There is not a definite number of drinks that people can have before driving. Some people may be able to have a drink or two, and remain under the legal limit. Others, however, might have one drink and be legally drunk. There are a number of factors, including body weight, sex, how much food you have eaten, and what kinds of drinks you consumed, that affect your BAC.

If you are currently facing DUI charges and would like to speak with a Stamford DUI lawyer, contact the Law Offices of Daniel P. Wiener. Call our office today at 203-348-5846 for a free consultation.