An Overview of Hate Crime 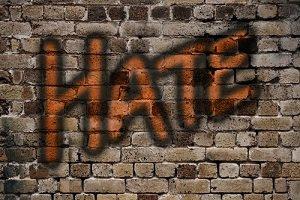 When one is accused or charged with a hate crime, in many cases, it becomes a case handled by the Bureau of Federal Investigation (FBI). Hate crimes can vary in severity, meaning that any crime from murder to petty vandalism can be considered as such.

What is a Hate Crime?

Any crime committed with an element of bias, against a person or a property associated with a race, religion, disability, ethnic origin, or sexual orientation can be considered a hate crime. To hate someone or a group of people is not, by any means, a crime, and is protected by the freedom of speech and other civil liberties laid out in the Bill of Rights. Yet when crime is motivated by this hate, it becomes a serious crime and, in many cases, felony. While not all hate crimes will be considered a federal offense and thus investigated by the FBI, very often the federal government does divert federal resources for the investigation and prosecution of hate crimes.

The protection for victims of hate crimes has increased dramatically, meaning that the punishment for perpetrators has also increased. Less than 60 years ago, in the midst of the Civil Rights Movement, hate crimes were rarely prosecuted with the same vigor. It was in 1994 that federal law was expanded to include specific punishments for crimes deemed to be motivated by hate, and in 2009 that law was expanded further, giving the federal government authority to investigate allegations of hate crime over local authorities. While state and local authorities handle the majority of such cases, in many situations—such as those in which local authorities are determined to be biased themselves—the federal government will step in.

If you or someone you know has been accused of a hate crime, it is imperative to speak with a legal professional right away. Do not go through it alone. Contact an experienced Stamford criminal defense attorney today.