Are You Facing Domestic Violence Charges?

Posted on January 23, 2020 in Domestic Violence 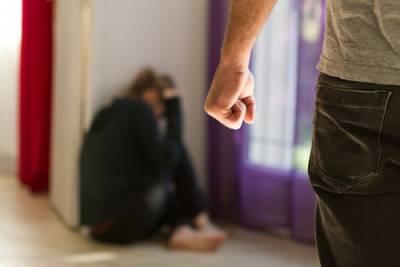 Domestic violence is a serious crime with serious consequences, and those who engage in it often find themselves with ruined reputations and derailed lives. However, it is not impossible for those who are innocent to be faced with the same consequences, even though they are not guilty. Mistakes happen in investigations, or in rare cases, a malicious spouse may try to smear the other - no matter what the cause if you have been charged with domestic violence in Connecticut, you need an attorney who will act fast to get at the truth.

Not a Separate Crime

Connecticut does not classify ‘domestic violence’ as a separate crime; instead, ‘domestic’ or ‘family’ violence is charged as whatever specific crime occurred (such as battery or sexual assault), just against a family member - there are differences in the prosecution of such a case, but the end sentence if convicted is generally similar. In addition, the definition of ‘family member’ in Connecticut is very wide, covering not only blood family but also spouses, former spouses, co-parents, roommates, and many other classifications.

Domestic violence-related crimes are handled by the Family Relations Division of the Superior Court of Connecticut, and are often dealt with very quickly because in many cases, time is of the essence - a violent spouse or ex-spouse may have the intent to harm the other, and bringing the case before a judge as quickly as possible means that a protective order or a restraining order can be issued just as quickly.

Be Aware of Your Position

One of the most immediate factors to be aware of is that Connecticut made a change to its domestic violence laws in January 2019. Previously, the state had a mandatory arrest law, meaning that if the police were called to an address where domestic violence was allegedly occurring, they were required to arrest someone - so too often, they would simply arrest both victim and perpetrator. After the change, police must make an “on-site determination” as to who is the dominant aggressor and act accordingly.

The law gives officers five factors to try and assess who poses the greatest threat in a potentially volatile situation, such as any known history of domestic violence, visible injury, the needs of the alleged victim, and others. If you meet too many of these factors and are viewed as the dominant aggressor, that status will stick with you during the entire period of your case - you will always be seen as the party in need of correction, even if the reality of your situation is very different.

Sometimes, for whatever reason, an argument can spiral out of control, but the consequences do not have to be severe if they are not warranted. Enlisting a skilled Fairfield County domestic violence attorney at the Law Offices of Daniel P. Weiner can help to ensure that your rights are protected at every stage of the criminal process. Attorney Weiner has experience in these cases and can try to help you get a fair outcome. Contact the office today at 203-348-5846 for a free consultation.