Are You Facing Drug Charges in Norwalk? 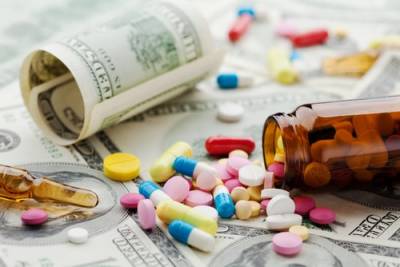 Drug charges are a very serious matter in Connecticut, especially for younger offenders. If you have been charged with possession of drugs, possession of drug paraphernalia, drug distribution, possession with intent to sell, or any other drug-related crime, it may seem that jail is inevitable, but you are entitled to a good defense from a Norwalk drug crime lawyer before any sentence is handed down.

Penalties Can Be Serious

While Connecticut has decriminalized the possession of small amounts of marijuana (under ½ an ounce, generally), this does not mean that marijuana possession for larger amounts is not treated seriously or harshly. Any amount over ½ ounce will still carry a potential penalty of between one and five years in jail, with a fine of anywhere between $500 and $5000, which is the same type of penalty carried by a charge of unlawful possession of prescription drugs. Penalties for possession of stronger drugs, such as crack cocaine or heroin, are very stiff even for a first offense, with up to seven years in jail and a $50,000 fine as possibilities.

Charges such as possession with intent to sell, possession in a restricted area (such as a school zone, housing project or day care center), and distribution/intent to distribute may also be tacked on in your case, and in many instances these largely depend on the amount of the drug you were found to possess. Large amounts will generally get a person charged with intent to sell, simply because most of the time individuals do not keep large amounts for personal use. Because of the relative arbitrariness of these charges, however, it is sometimes possible to plead to a lesser charge or get them dismissed in plea negotiations.

Sentences Not Set in Stone

It is important if you are charged with drug offenses to understand the scope of the charges against you, especially if you are a juvenile. While drug crimes are taken seriously in Connecticut, juvenile offenders are more likely to be judged in juvenile court, where the atmosphere is more rehabilitative. Juveniles are more likely than adults to be sentenced to a diversion program or community service, especially for minor infractions or first offenses. Diversion programs have been shown to lower recidivism, and that is one of the stated goals of the state of Connecticut, so this is an option taken whenever it is deemed appropriate.

Even for adults, however, many minor offenses may not be prosecuted with the same vigor as those of a habitual offender. A first offense of a tiny amount of an illegal drug is not the same danger to the public as, say, a habitual offender caught with multiple ounces or grams of hallucinogens or narcotics. While each case is different, a knowledgeable and experienced attorney can advise you on what you might expect in court, and will know the potential options you may be able to use to avoid jail time.

If you have been charged with a drug offense in Connecticut, you need a dedicated Norwalk drug crime lawyer that can help assess your options and advise you on how best to proceed, as trying to navigate the system alone can be extremely difficult for most defendants. The Law Offices of Daniel P. Weiner can help. Call our offices today at 203-348-5846 for a free consultation.