Are You Facing Shoplifting Charges in Connecticut?

Posted on February 23, 2019 in Theft and Property Crimes 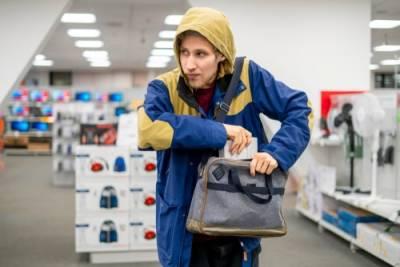 Very often, shoplifting gets painted as a crime perpetrated by juveniles or others who do it to test limits. However, sometimes there are mental health-related reasons why a person might shoplift, or sometimes, the entire episode may genuinely be a mistake or a misunderstanding. If you have been charged with shoplifting, speaking to a knowledgeable attorney may help in the whole matter being resolved to everyone’s satisfaction.

The penalties for shoplifting tend to vary with the value of the items stolen. If you steal items whose total adds up to $500 or less, you will be charged with a Class C misdemeanor, where the penalty is anywhere up to 1 year in jail, plus fines and costs. Comparatively, if you steal items worth over $20,000, you are guilty of a Class B felony, which may be punishable with up to 20 years in jail, plus a $15,000 fine. Some charges, especially those which carry misdemeanor sentences, may be plea-bargained or you may be granted the right to complete a pretrial diversion program, especially if this is a first offense. However, those whose thefts are expensive enough to be charged as felonies may face serious time.

In addition to any consequences imposed by the state, Connecticut law also allows the business where the shoplifting took place to seek restitution and other costs from you in a civil proceeding. Businesses are allowed to seek reasonable recompense from shoplifters, such as covering the costs of copying tapes and other evidence for trial, as well as replenishing any stock or any costs incurred in security measures (even the costs of arresting you).

With shoplifting charges, intent matters very much when your guilt is being weighed. Connecticut law classifies shoplifting as a type of larceny, which falls under the greater umbrella of theft crimes. It is defined as intentionally taking possession of an item or items being offered for sale, without paying the purchase price for the item. It is important to note that the law specifically states that someone is only guilty of shoplifting if they intentionally take possession of the item. If it is possible to show you lacked the intention to take the item away, you may have a better chance of beating the charges.

This definition can also seem misleading to many, as “taking possession” is understood by the average person to merely mean picking something up or carrying it a distance, but the legal definition of ‘taking possession’ is not the same as the average person’s colloquial definition. Sometimes this can be confusing when you have been charged with shoplifting, so it is important that you understand what you have been accused of. Legally, ‘taking possession’ of something means exerting control and acting as the owner of that thing. Generally, if you act as though you are the owner of an item when you have not paid the purchase price to actually make you the owner, the law sees this as shoplifting.

Too often, shoplifting is something done on the spur of the moment or done by those who cannot entirely help themselves. No matter what the reasoning, you have the right to a good defense if you have been charged with shoplifting, and an experienced Stamford shoplifting lawyer like Daniel P. Weiner will work hard to provide one. The Law Offices of Daniel P. Weiner has handled these cases for decades, and we are happy to put our experiences to work for you. Call the office today at 203-348-5846 for a free consultation.