Posted on November 27, 2015 in Assault and Battery 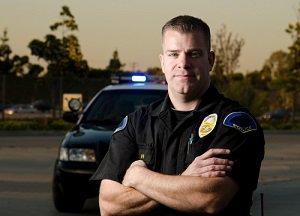 In the wake of several headline-making events this year involving police brutality and allegations of systemic issues of bias by police departments, the issue of assaults perpetrated against police have somewhat taken a backseat in media coverage. This does not mean that they are not still happening, or that the issue is not a major one for most police departments across the country. In 2014, more than 48,000 police officers nationwide were assaulted, and of these more than 28 percent sustained injuries. This is a rate of officer assaults of nine per 100 sworn police officers.

The majority of assaults against police are perpetrated when a person is out of control, either on drugs or drunk or angry. This can happen in a heated emotional or tense situation when the police are called to handle someone who is posing a danger to himself or people around him. When the situation escalates to violence, police officers are sometimes caught in the middle and assaulted, either accidentally or on purpose. Whether the assault against an officer was intended or not does not matter in the eyes of the law.

Other incidents that a person may be charged with assaulting a police officer are much less black and white—and why they do not often make headlines. If, for example, one drives too close to the edge of the road where a police officer’s car is parked, this can be considered threat with a deadly weapon, and considered attempted assault, a chargeable offense. If you accidentally hit a police officer in an aforementioned stressful situation (picture a person flailing her arms or attempting to flee a perceived danger, who accidentally hits a police officer in the process), this can be considered assault against a police officer, even though it was not intended. More than 30 percent of assaults against officers in 2014 were perpetrated by “personal weapons,” such as an incident like this, meaning that the accused allegedly attacked the officer using feet, hands, or fists.

There is yet another, very different type of assault against a police officer known as an “ambush.” There are two types of these: Entrapment and spontaneous. Entrapment ambushes require that the offender has planned ahead, and likely lured the officer to a dangerous location by a ruse. A spontaneous attack is not premeditated, and more likely to be a crime of opportunity.

The punishments for assaulting a police officer can be harsh. If you have been accused of assaulting an officer, the most important step is to seek legal counsel. Do not go through it alone. Contact an experienced Fairfield County criminal defense attorney today.