Been Caught Speeding in Fairfield County?

Posted on September 07, 2020 in Traffic Violations 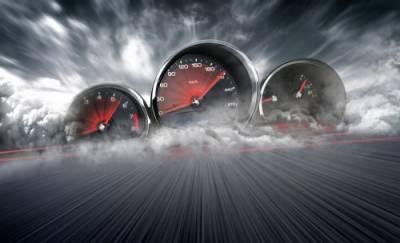 Given the recent scarcity of traffic on Connecticut roads, it is perhaps understandable that Connecticut police have been issuing more speeding tickets in recent months, as less traffic usually means more chances to speed. That said, it is never a good idea to speed, even if you believe that no one is watching. The ensuing ticket may seem inconsequential, but its future ramifications can be very serious.

Despite the significant decrease in traffic on Connecticut’s roads, statistics from the National Safety Council point to a major increase in road traffic fatalities for the state in 2020, with the state seeing a 42 percent jump in fatalities per miles driven between March 2019 and March 2020. Overall, the auto accident death rate is approximately 2 percent higher in 2020 than it was in 2018 or 2019, which reverses the downward trend in those years. Anecdotal evidence abounds to suggest that a major proportion of those being injured and dying on state roads are speeding or otherwise driving in a reckless manner.

Even if you are not driving recklessly, you can still exceed the speed limit and receive a ticket for the offense. Connecticut law has specific speed limits - 55 mph on most roads, and 65 mph on highways - but the relevant statute also bars driving “at such a rate of speed” so that they “endanger the life” of any occupant of the car. If a passenger can make a reasonable case that they believed their life was in danger while being a passenger in your vehicle, while you were driving, you may wind up being ticketed, if not arrested and charged.

Things to Keep in Mind

If you are ticketed for speeding, you should be aware that while Connecticut law does list specific speeds that may trigger a ticket being issued, this will change depending on other factors, as well. For example, if you drive at 55 mph on a highway while in the middle of a heavy rainstorm, you may be ticketed even though you are in theory driving at an appropriate speed, because it is a good idea to drive slower in the rain. This is why the relevant statute includes language that does not deal with specific speeds - because they are not always the deciding factor.

The most important thing to keep in mind if you are ticketed for speeding is to not pay the fine. It may seem like a good way to make everything ‘go away,’ but in reality, it simply creates more problems. The ticket may say that if you pay the fine, no points will be added to your driver’s license, but what it does not tell you is that the conviction will still be on your criminal record for at least 3 years, which can lead to higher insurance premiums and, if you are stopped again, may result in your license being suspended.

If you have been stopped for speeding, you need a knowledgeable Stamford traffic ticket attorney on your side who understands the ins and outs of traffic court and knows how to navigate the process. The Law Offices of Daniel P. Weiner have years of experience in these cases and are happy to try and assist you with yours. Contact us today at 203-348-5846 for a free consultation.