Being “Nolle Prossed” in Connecticut 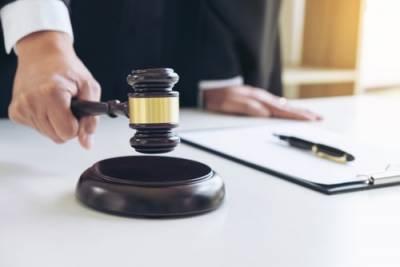 Normally, when someone is arrested and charged with a criminal offense, the only way to end that process is either with an acquittal, a conviction, or a plea-bargain. There is another way that your trial can end, though you do not necessarily get to choose it. It is called taking a “nolle prosequi” or “nolle prosse,” and it will not necessarily be offered to you, so if it is, you need to understand exactly what is being offered before consenting.

A nolle prosequi or nolle prosse, sometimes shortened to just a “nolle,” is a legal term that means “unwilling to prosecute” in Latin. It essentially serves as an implicit admission that the charges against a person cannot be proven beyond a reasonable doubt because if they could, the prosecutor would want to move forward with the case in all but the rarest situations. In most cases, a nolle prosse will result in the charged person being given probation or otherwise ordered to refrain from any kind of lawbreaking for a certain period of time.

Many are under the misapprehension that a nolle is the same as a dismissal, and in reality, there are very important distinctions. A dismissal means that the charges were dropped with no strings attached, and no further required interaction with the court or police. A nolle, at least in Connecticut, means that your arrest records will not be erased until 13 months have passed without you running afoul of the law. The law actually gives the prosecutor the right to reopen the case and re-prosecute at their sole discretion - in other words, you are still on the proverbial hook until 13 months have passed. (Reopening is rare, but not unheard of.)

What Is Best in Your Case?

Depending on the nature of the charges you are facing, a nolle may actually have advantages that a dismissal would not. If you were charged with any type of crime in which you were the subject of a protective order or restraining order, Connecticut law terminates that order along with the charge. With a dismissal, you would have to wait for the order to drop, assuming that your partner or spouse does not reinstate it.

Conversely, if you are not a U.S. citizen, a dismissal is highly preferable. Under immigration law, a nolle prosequi is not considered a conviction because no finding or admission of guilt has occurred, meaning that it cannot be used against a person for the purposes of deportation. However, it must be disclosed on any immigration form you submit, and it may still be used against you indirectly because the fact you were charged can be used as evidence of poor moral character. A clean dismissal lowers any risk significantly.

The average person may be at a disadvantage if they get in trouble with the law because so many complex terms are used. However, enlisting an experienced Fairfield County criminal defense lawyer can help smooth out the process and ensure that your rights are protected. The Law Offices of Daniel P. Weiner has been handling criminal cases for years, and we are ready to put our skills to work for you. Contact our office today for a free consultation by calling 203-348-5846.