Can I Face Criminal Charges for Getting into a Bar Fight in Connecticut? | Stamford Criminal Defense Lawyer
Iniciar chat en espanol
Blog
View All Practice Areas
Subscribe via RSS

Can I Face Criminal Charges for Getting into a Bar Fight in Connecticut? 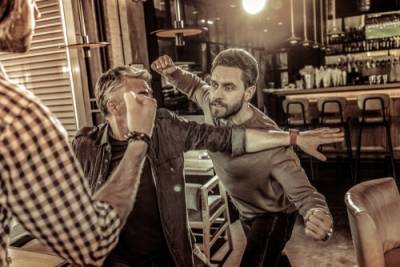 Ample research has demonstrated the relationship between alcohol and violence. The National Institute on Alcohol Abuse and Alcoholism reports that one in four instances of violent crime involves an offender who was drinking. Consequently, bar fights are not uncommon in Connecticut or elsewhere in the U.S. If you were involved in a bar fight, you could be charged with a serious criminal offense. You could even be facing jail time for assault.

Bar fights often take place in dark, crowded bars or nightclubs. This can make it very difficult for police to determine who instigated the fight. Sometimes, the victim of a violent crime ends up being arrested and charged with assault even though he or she was not the instigator of the altercation. Regardless of your role in the fight, you could be subject to significant legal penalties, so it is crucial to seek qualified legal counsel right away.

You May Be Facing Considerable Criminal Penalties Including Imprisonment

The criminal consequences associated with an assault charge vary widely in Connecticut. Assault in the third degree is a Class A misdemeanor offense punishable by up to a year in jail and a maximum fine of $2000. You could be charged with misdemeanor assault if you allegedly intentionally injured another person or caused someone to be seriously injured as a result of reckless actions.

Per Connecticut law, a "dangerous instrument" is an instrument or object capable of causing death or serious physical injury. If you are accused of hitting someone over the head with a bottle during the fight,  you could be charged with first or second-degree assault and sentenced to a maximum of 20 years in prison.

If you were accused of participating in a bar fight, you could be charged with assault and subject to substantial criminal penalties. Contact Connecticut criminal defense attorney Daniel P. Weiner of the Law Offices of Daniel P. Weiner for help. Call 203-348-5846 today for a free, confidential consultation.