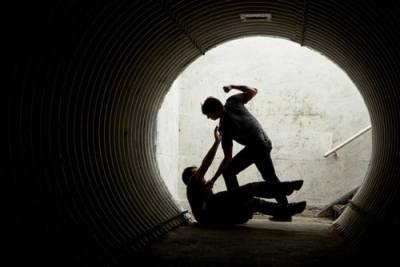 Violence is never the answer unless in self-defense. Sometimes, though, things simply happen, and you wind up in the very serious situation of being charged with a violent crime in Connecticut. Violent crimes are the most harshly punished in the state, and even if the victim survives, you may face an extremely severe penalty including years in prison. If you have been charged with a violent crime, you need an experienced attorney on your side as soon as possible.

There are many, many different types of violent crimes, and they come in two types. One type is inherently violent - for example, murder requires violence and bodily harm to be successfully completed. The other type is conditionally violent - an example would be a robbery, which does not necessarily have to involve violence unless the perpetrator wants it to, or finds it necessary. Intent does matter in many crimes, but not all; you would generally be punished for the commission of a violent crime as long as it can be proven that you did so, but demonstrated intent might push your sentence into a higher bracket, so to speak.

Any offense involving bodily harm done to another person will fall under the umbrella of violent crime, but the sentences for such crimes will vary significantly. Crimes involving accidental or incidental violence will often mandate lower sentences than a deliberately violent crime - for example, a conviction in a murder where the victim was less than 16 years old triggers an automatic life sentence, with no possibility of parole, while robberies, which require intimidation but not necessarily violence, can lead to sentences as low as 1 year in prison.

One major concern that should come to anyone who has been charged with a violent crime is that society can and does immediately judge you guilty, even before you are convicted. Defenses do exist in violent crime cases, and if you believe that one applies to you, it is crucial to allege it on the record. While Connecticut does not have classic ‘stand your ground’ laws, it does have laws regulating self-defense, which is a “defense to any prosecution” if it can be shown in court and the prosecution cannot disprove it.

It is important to keep in mind that while Connecticut does not have ‘stand your ground’ laws, the state does have certain restrictions in place. Essentially, the law states that outside the home, you have a duty to retreat if you are able to do so safely. However, it does also offer some very rare situations in which one would not have to retreat. The distinction is fine but legally important.

Can a Stamford Attorney Help You?

Violent crime is the bane of a civilized society, and if you are able to contribute to the police being able to remove these people from the streets, it is a good idea. Daniel P. Weiner has been a skilled Stamford violent crime attorney for many years, and the Law Offices of Daniel P. Weiner is a firm that is well versed in these types of cases. Contact us today at 203-348-5846 for a free consultation; Mr. Weiner speaks Spanish, French, and English.