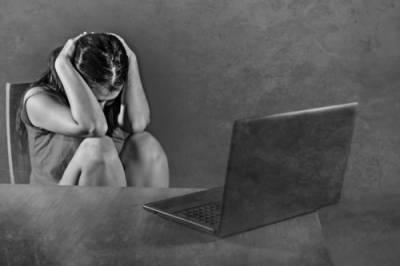 Cyber crimes are relatively new, given that they obviously did not exist before the advent of the technology to commit them. However, just because computer technology is ever changing and evolving does not mean that they can be used to commit crimes with impunity. Cyberbullying, cyberstalking and cyberharassment are all very real crimes that one can be charged within Connecticut, and if you are facing these charges, it takes an experienced attorney to know how to handle them appropriately.

While one thinks of ‘bullying’ as restricted to students, in reality, it can occur between any two or more people, of any age. Connecticut law criminalizes communicating with a person, in any form, “with intent to harass, annoy or alarm [them],” making it a Class C misdemeanor. This may not seem like a sufficiently harsh measure for the amount of grief that bullying behavior can cause, but it does carry a maximum of three months in prison, plus a $500 fine, which is more stringent than many misdemeanors.

Bullying and stalking are differentiated under Connecticut law by the emotion they are said to cause. Bullying does not necessarily cause fear - it may cause annoyance, anger, depression, and the like, but if an action rises to the level where a victim fears for their safety, it is more likely to be classed as an act of stalking than mere bullying. This is not precisely in line with the colloquial definition of those two words, but legally, the line must be drawn somewhere, and the legislature has chosen to put it there.

By comparison with cyberbullying, cyberstalking or harassment is seen as more serious, and can be charged as anything from a Class B misdemeanor up to a Class D felony. It is not uncommon for harassment charges to be filed as a result of miscommunication or a refusal to cease interaction - for example, an ex-boyfriend trying too hard to get an ex-girlfriend back when she has communicated her clear disinterest. Cyberstalking can involve reckless or malicious behavior while cyberbullying or harassment are generally seen as malicious only. Recklessly causing someone to be in fear of their safety, for example, is a crime of a lower degree than willfully and repeatedly following them or lying in wait.

The standard for a cyberstalking charge is, with rare exceptions, the intent to cause fear in the target. Sometimes, acting recklessly so that a reasonable person would fear for their safety is enough, but most stalking charges of any kind are based on the intent to scare the target. Connecticut does not have a specific cyberstalking law as of this writing, but it does have stalking statutes, as well as harassment statutes which explicitly criminalize harassment perpetrated with a computer or other electronic device.

Many cyberbullying and harassment crimes are committed out of genuine malice, but some happen due to mistakes or miscommunication. Regardless, you are entitled to a defense, and a dedicated Fairfield County cyber crimes lawyer at the Law Offices of Daniel P. Weiner is ready and willing to provide it. Our office has handled numerous cases of this type and Attorney Weiner is happy to try and assist you with yours. Contact the office today at 203-348-5846 for a free consultation.