Posted on December 18, 2015 in Driving Under the Influence 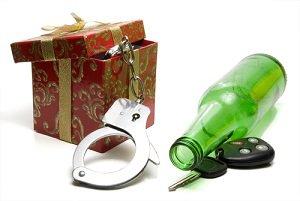 The holiday season is a busy time, with families getting together, going out to dinner after a long day of shopping, and spending time with friends at the local pub, restaurant, or bar. Police officers are busier, too, stopping drivers they believe may be intoxicated. In fact, it appears they are putting some extra manpower into catching more DUI drivers this holiday season.

For officers, the arrests begin Thanksgiving Day and continue on through the New Year; this year was no exception. According to a press release from the State Police, they made nine DUI arrests, as well as another 393 for speeding on the very first day of the effort. They also issued 56 tickets for seatbelt violations and another 894 tickets for moving violations that included unsafe lane changes, following too closely, using cell phone while driving, texting, and failure to signal.

To help set up checkpoints and reimburse for overtime costs to officers, the Connecticut Department of Transportation’s Highway Safety Division recently issued a state grant to the Berline Police Department. Expected to run through Labor Day, 2016, officers will participate additional DUI patrols Wednesday through Saturday nights. And, though their efforts are intended to keep drunk drivers off of the road, they will also have the benefit of catching drivers making other traffic violations, such as speeding, failure to signal, texting, and distracted driving.

In July, DUI laws changed for Connecticut drivers. While able to decline a breathalyzer test if pulled over for suspicion of drunk driving, drivers will receive an automatic suspension of their license for doing so. They may also be required to install an interlock device, even if it is their first offense. This law, in effect since this past summer, is expected to impact many more drivers this holiday season, due to the increased efforts and the risk of more DUI drivers.

Regardless of your age, and whether it is your first offense or a repeat offense, it is important that you understand your rights when facing DUI charges. The changes in laws have only increased the importance of having legal representation for Connecticut drivers facing DUI charges, especially when facing subsequent offenses.

The Law Offices of Daniel P. Weiner can help. With 40 years of experience and hundreds of favorably resolved DUI cases, he can provide aggressive and competent representation for your DUI case. Schedule your free initial consultation with a skilled Connecticut DUI/DWI defense attorney. Call 203-348-5846 today.