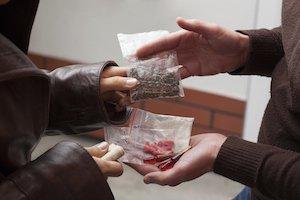 Two Connecticut men are facing criminal charges after they fled from police during a vehicle stop in Poughkeepsie last week. At the time of the stop, passenger Justin L. Skipwith left the scene on foot, to be stopped a block away by taser. While police were going after him, the vehicle driver left the premises in his car.

The vehicle driver was also charged with criminal possession of a controlled substance, and non-felony violations of state traffic and vehicle laws.

Being stopped by the police can be a stressful experience, especially if it unfolds into an arrest. Remembering to stay calm and exercising your legal rights is crucial if you find yourself in this situation. If you are pulled over by the police in Connecticut, slow down and locate a safe location on the side of the road. Never exit your vehicle unless an officer specifically requests that you do so. If you do have weapons in the vehicle, inform the officer without reaching for, or pointing to, your weapons. While speaking to the officer, keep your hands on the steering wheel and attempt to remain calm. Police officers are trained to respond to situations where their safety might be threatened, so you should stay in your vehicle and avoid any sudden movements wherever possible. If you are charged with a crime after a traffic stop, you need to contact a Connecticut criminal attorney immediately. Exercising your right to speak to an attorney is important in these circumstances.