Posted on January 31, 2019 in Traffic Violations 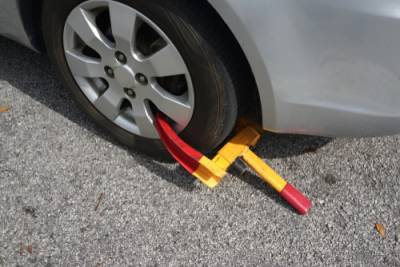 Most people think of traffic violations as everyday occurrences that one can pay a fine to resolve easily. While sometimes this is the case, sometimes the infraction is more severe, and while it is still a traffic violation, these can be quite serious, leading to license suspension and even revocation if the offense or offenses merit it. Enlisting an experienced attorney to help you defend against a traffic violation can save you time and trouble in the long run.

Because the term ‘traffic violation’ can encompass so many things in Connecticut, it can be overwhelming to someone who has been charged with one, and it can be confusing to try and differentiate the charges which can be paid off with a fine from those that are much more serious. Also, some traffic violations may also be chargeable under criminal law as well as civil law, which means that even if you are found not liable under civil law, you might still be found guilty in criminal court, especially if you are deemed to have acted recklessly or with malice.

Something that also must be kept in mind is that even small infractions can result in points being added to your driver’s license, and points add up. Connecticut sends a warning letter to everyone who accumulates more than six points at any one time, but if you acquire more than ten, your license will be suspended for 30 days. If you are detained for a moving violation during that suspension period, or if your point total goes over ten at any time in the next five years afterward, your license will be suspended again until you get your point total below ten.

How Do I Fight This?

It is often possible to contest a minor traffic charge like speeding on your own, but sometimes it is not as easy as one might like, especially in situations where you have been stopped far away from home. If you live in Stamford and you get stopped in Hartford or New London, even a minor offense like speeding can become a problem if you cannot take time off to go to court and contest it. An attorney can appear on your behalf, and many times they may be able to isolate issues with the traffic stop or with the alleged offense that may wind up getting the ticket dismissed or the charge lessened.

If you have been charged with a more major traffic offense, such as driving under the influence, it is not generally possible to argue that you did not commit the offense (technology and other evidence will usually establish that), but it may be possible to seek a lesser sentence or to present mitigating factors, and in these cases an attorney’s help is critical. Driving under the influence of alcohol or drugs, in particular, can lead to automatic suspension of your driver’s license in addition to the points you will accrue on your record toward another suspension, and without experienced legal help, it can be easy to get yourself into deeper trouble.

So many people think nothing of paying off a traffic ticket and moving on with life, but in reality, if that happens too many times, or if you are caught committing a more serious infraction, you can wind up in very deep trouble. A knowledgeable Stamford traffic attorney can make a big difference in whether or not your life stays on track. Attorney Daniel P. Weiner and the Law Offices of Daniel P. Weiner have handled traffic cases for years and kept up with the changes in Connecticut law, so they can give clients the best defense possible. If you have questions or concerns about traffic tickets, contact our Stamford offices today at 203-348-5846 for a free consultation.