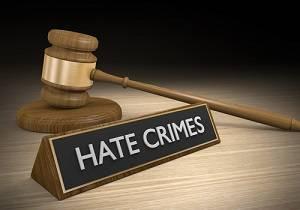 The term “hate crime” seems to be rearing itself more often in news stories today. From social media to mainstream television stories, this term is being thrown about, often with disregard to the full legal definition. Although there are individuals who appear to reject the idea, the United States as a whole is embracing the idea of diversity. After all, the country is a “melting pot” of the world, where people from all walks of life are invited to join our great nation. However, with such a wide variation, it is becoming increasingly difficult to determine whether a crime is a crime of convenience or a hate crime.

Constitution of a Hate Crime

If proof beyond a reasonable doubt exists that a violent act or other criminal activity occurred due to the violence or bigotry of an individual, a lesser crime may escalate to a higher charge. Stronger punishments await those charged for violent discrimination against any person for any protected characteristics, including:

A significant difference exists between threatening to damage property of someone and causing severe bodily harm to an individual. Lawmakers recognize this and therefore have created varying levels of consequences for committing a hate crime, ranging from one to three, with the first degree being the most severe.

Several elements appear in hate crime cases. First, there must be proof beyond a reasonable doubt that the offense occurred, whether motivated by bigotry or not. Additionally, hate must be evident to prove intention. Our goal is to obtain an acquittal of all charges or to accept a lesser charge to avoid the higher hate crime punishments, making all details of the incident imperative. If you are interested in discussing your circumstances with a skilled Stamford, CT violent crime defense attorney, contact Daniel P. Weiner today at 203-348-5846 to schedule a free, confidential consultation to learn how we can help.