Posted on February 08, 2017 in Criminal Defense 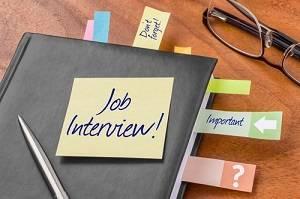 One of the obstacles those with a criminal record face is finding an employer who will hire them despite that record. A newly-enacted law will now keep Connecticut employers from asking job applicants about their criminal records on employment applications. The law went into effect January 1, 2017.

Specifics of the Law

The law only covers the questions asked on a job application. In an interview, an employer could ask about a criminal record. Also, the law does not apply to jobs where background checks are legally mandatory, such a jobs in schools. The law prohibits any questions about arrests, criminal charges, or criminal convictions.

Purpose of the Law

The law was enacted in order to curb the rates in which people with a criminal record end up back in prison. One way to keep recidivism rates down is to help those with criminal records find jobs.

While the new law does allow employers to ask about criminal history during the interview process, this law is intended to help people with criminal records get their foot in the door. This way, felons are not immediately dropped from consideration. Connecticut is the ninth state to pass such a law.

It is estimated that 95 percent of state prisoners are released to rejoin their communities. About nine million prisoners are released each year. One way people return to prison is through parole violations, which account for 34.2 percent of prison admissions. Typically, this is because they violate conditions of supervision, however, for some people, it is because they commit a new crime.

About 40 percent of inmates do not have a high school diploma or equivalent. Those who end up in prison typically have lower employment and earnings rates before they are convicted. This is due to education levels, skill sets, and health problems.

Getting sent to prison exacerbates the difficulty in finding employment. One study showed that less than half of prisoners have a job waiting for them when they were released. When someone recently released from prison has no job, they are more likely to return to illegal means to make a living, even if they only intend to do so for a limited period of time.

A criminal conviction can follow you for years as you try to gain employment, receive education, or be approved for lending. It is critical that you fight criminal charges aggressively. Hiring an attorney is the first step in that fight. Call an experienced Fairfield County, CT criminal defense attorney at the Law Offices of Daniel P. Weiner at 203-348-5846 to discuss your case.