Posted on February 28, 2019 in Criminal Defense 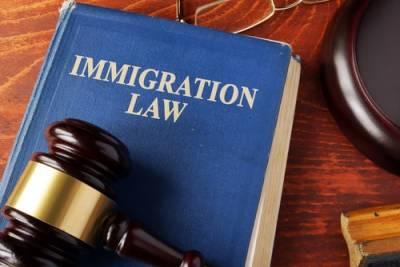 When an individual is charged with a crime, there are other questions to ask beyond guilt or innocence, particularly if that individual is not a U.S. citizen. Criminal cases that can make a difference in a person’s immigration status are referred to as ‘crimmigration’ cases, and if you have been arrested and charged with a crime that could get you deported, you need both an immigration attorney and a criminal attorney who understands the possibilities and the dangers involved in this type of case.

Immigration law has its own classification for crimes, which can sometimes be almost totally divorced from the standard criminal law classification. If you are convicted of a crime, it is important to ensure that the crime is not contained in either one of two categories: crimes of moral turpitude (CIMTs) or aggravated felonies (AFs). A CIMT has no specific definition in U.S. immigration law, but it has been defined in various cases as an action that shocks the public conscience or is otherwise so “inherently base, vile or depraved” that it must necessarily show the person has bad moral character.

An aggravated felony is even less well defined - the Immigration & Nationality Act (INA) merely lists several crimes that can be considered AFs, though many of them would, confusingly, be misdemeanors under state law. As a result of these misleading classifications, many criminal defendants will often plead to what they think is a lesser charge, when in reality, it may have the same or even worse immigration consequences than the crime they were originally charged with.

If you are not a U.S. citizen, and you have been charged with a crime in Connecticut, it is incumbent upon you to be aware of their potential outcomes when you do get your day in court, because the prosecuting authority is not generally required to work with you to minimize any immigration consequences. As of this writing, Connecticut’s State’s Attorneys do not often work with defendants to help them avoid deportation; their focus remains the violation of the state’s criminal laws only. Some prosecutors even view so-called ‘immigration consequences’ pleas as somehow providing special treatment to lawbreakers, given that U.S. citizens convicted of similar crimes do not get to restructure their sentences.

This does not mean that if you are charged with a CIMT or an AF, you have no hope of avoiding deportation in Connecticut. Many State’s Attorneys are aware of the potential problems with this kind of hard-line stance, perhaps most importantly the severe downturn in crime reporting that can result. Law enforcement requires inroads in immigrant communities in order to police them, and endangering that rapport can breed long-term problems. In addition, a knowledgeable criminal lawyer will have an understanding of your situation and will ensure they know the law well enough so that you do not plead to a charge that will get you deported. As of this writing, it can be a shot in the dark as to how your plea may turn out unless you know your facts.

Half the battle for immigrants charged with a crime is to have an immigration attorney on their team. However, you will also need a dedicated Stamford criminal lawyer to try and ensure that the criminal trial goes as you want it. Attorney Daniel P. Weiner has handled all types of criminal cases for years and will work hard to protect your interests - all of them. The Law Offices of Daniel P. Weiner can handle the criminal side of your crimmigration problems, and we are happy to try and sit down with you to discuss your case. Contact our Stamford offices at 203-348-5846 for a free consultation.