Defending Against Charges of Online Solicitation of a Minor 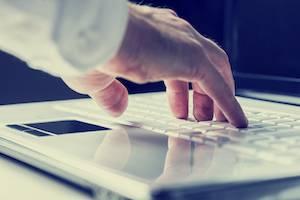 Reputations can be completely devastated simply by the mere mention of a sexual offense charge. When a child is included, lives and families can be ripped apart just by a simple accusation. When someone is convicted of such a crime, the impact has the potential to wreak so much havoc that the person convicted is unable to recover. It is imperative to find the best possible defense for yourself as doing so can be life altering. What are the potential defenses for a charge of online solicitation of a minor?

What the Charge Entails

It is important to understand that anything involving a crime facilitated by a computer or other device is governed by laws that are ever-changing. The rate at which technology is advancing presents a legal struggle for the law to address this fairly new realm of crime. In Connecticut, solicitation is known as “enticement”. Connecticut General Statutes provide that “a person is guilty of enticing a minor when such person uses an interactive computer service to knowingly persuade, induce, entice or coerce any person under sixteen years of age to engage in prostitution or sexual activity for which the actor may be charged with a criminal offense.”

If you are charged with the crime of Online Solicitation of a Minor, it is in your best interest to act quickly. Police often conduct investigations with the assumption that you are guilty. Even at the beginning of the investigation, it is likely that prosecutors and police have compiled evidence including, but not limited to:

The sooner you guard yourself with a lawyer, the more promptly the search for more evidence can be controlled. In addition, sometimes the best defense is to find as many “holes” in the evidence as possible. A lawyer can demand to see all of the evidence that prosecutors may have. With this information, they can:

The details of all cases are different and the defenses that work in one case may not work in another. Therefore, it is important to discuss the specific circumstances surrounding your situation with an experienced attorney. Connecticut criminal defense attorney Daniel P. Weiner has accumulated more than 40 years of experience aggressively defending cases such as yours. If you are seeking the aid of an experienced Stamford criminal defense attorney, contact our office today at 203-348-5846 to schedule your free initial consultation.