The Varying Degrees of Assault Charges 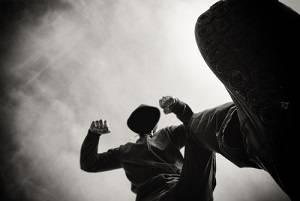 Being accused of any crime is an unnerving experience; criminal charges have the power to severely alter your present circumstances and your entire future, potentially affecting everything from your employment options to your educational choices. Assault charges in particular are especially damaging, as they are often the most serious and carry with them the most devastating consequences. There are some important things to consider when discussing the crime of assault.

“Assault” is a Broad Term

Assault crimes and charges can vary greatly. The law uses the term “assault” to refer to the carrying out of physical, bodily harm on someone else, or a presented threat to carry out such harm. Threats to hurt someone, being involved in a public disturbance, domestic violence, a breach of peace, and other types of disorderly conduct that involve the harm of another human being are all considered forms of assault. In general, less serious assault charges are categorized as third-degree. They are typically the lowest level of assault charges, while first-degree charges are the most serious. The severity of the injury and whether or not a weapon was used are just a few factors that determine the level of assault charge.

Other Actions That Place You at Risk for Criminal Charges

While it is true that deliberate bodily harm or injury inflicted on another person (whether through your own physical force or with a deadly weapon), are the most obvious forms of assault, the following actions are also considered assault and put you at risk for facing serious criminal charges:

Any assault in the first degree is a class B felony and includes five or more years of imprisonment. Those found guilty of a third-degree assault face a class A misdemeanor and at least one year of imprisonment sentence that cannot be reduced or suspended. Of course, any conviction also means that you will have a mark on your criminal record for the rest of your life.

Whether you were involved in a bar scuffle or are being accused of a domestic violence incident, you need to contact a knowledgeable Fairfield County assault charge defense lawyer who can help protect your rights in a court of law. Call the Law Offices of Daniel P. Weiner today at 203-348-5846 for a personal consultation. We are ready to help you protect your rights and will fight to minimize the potential damage to your future.