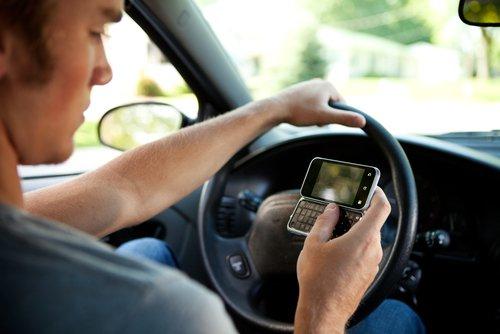 The AAA Foundation for Traffic Safety recently studied videos taken from vehicle event recorders of almost 1,700 crashes involving teen drivers. These videos showed that distracted driving was a factor in 58 percent of accidents. This is almost four times higher than the National Highway Traffic Safety Administration’s previous estimate that 14 percent of accidents involving teen drivers were caused by distracted driving.

The following is a breakdown of the most frequent types of distractions and the percentage of accidents to which they were linked in the study:

In cases of cell phone use, including phone calls, texting, and other uses, teens were not looking at the road for about 4.1 out of the last six seconds before an accident. In over half the cases involving rear-end collisions, teens using a cell phone did not react at all to brake or steer to avoid the collision.

Connecticut law prohibits drivers from using a cell phone, including making or receiving calls without a hands-free device, and typing, sending, or reading a text message while the vehicle is in motion. Teen drivers under eighteen are prohibited from using any type of mobile device, even hands-free, while operating a motor vehicle.

If your teen has been charged with distracted driving, you may be able to fight the ticket with the help of an experienced Connecticut criminal defense attorney. Contact the Law Offices of Daniel P. Weiner for a free consultation today.