Does Connecticut Have a Hate Crime Law? 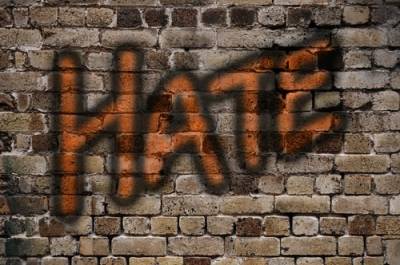 We live in a volatile age at this point in time, with beliefs that might once have been restricted to private circles finding a place in the open, right in the middle of our national discourse. While free speech should be protected, there must also be limits on what others can say and do without repercussions, and this rationale is what gives rise to hate crime laws. Connecticut’s is fairly specific and strict, aiming to protect marginalized people from crimes based solely on their innate characteristics. If you worry that you have committed a hate crime, you may face some serious penalties based on one bad decision.

Every state’s hate crime laws list characteristics protected from harassment or intimidation under its aegis. Connecticut’s primary hate crime law prohibits causing physical injury based on an intent to discriminate or harass based on “actual or perceived” race, religion, disability, sex, gender identity or expression, or sexual orientation. In other words, if you have been the aggressor in an attack on someone, and it was based on one of the listed characteristics, you may have committed a hate crime.

It is also worth noting that your victim does not necessarily have to be a member of any of the listed marginalized communities for you to have committed a hate crime - for example, if you attack or harm someone based on homophobia, it does not matter whether the victim is actually a part of the LGBTQ+ community or not. The prosecution will argue that your intent was still malicious and motivated by a protected characteristic, so they can still be charged.

Other State and Federal Statutes

There are other Connecticut statutes that deal with crimes based on protected characteristics, in addition to the primary statute. For example, it is either a Class A misdemeanor or a Class D felony (depending on the amount of damage done) to burn a cross or place a noose on another person’s property. The crime of first-degree threatening is also a felony (Class C or D depending on the specific situation). In addition, it is possible to be tried for “persistent” offenses involving bigotry or bias, if you are convicted of the same bigotry-related crime after being convicted once before.

In some cases, an alleged hate crime may be tried under federal law. The definition of a hate crime differs slightly under federal law from Connecticut law, and federal law also allows for sentencing enhancements for hate crimes - in other words, punishment may be more strict for a certain crime than it would have been had that component not been present. Being charged with a federal hate crime is an extremely serious matter, and you will need an attorney on your side who can handle such a high-stakes case in the appropriate manner.

If you make the poor decision to attack or intimidate someone based on a characteristic of who they are, you can expect to face some consequences, but you still deserve your day in court. The Law Offices of Daniel P. Weiner has handled several hate crime cases, and skilled Stamford criminal attorney Daniel Weiner will work hard to protect your rights. Call our office today at 203-348-5846 for a free consultation.