DUI Spikes in the Summer Months

Posted on August 07, 2017 in Driving Under the Influence 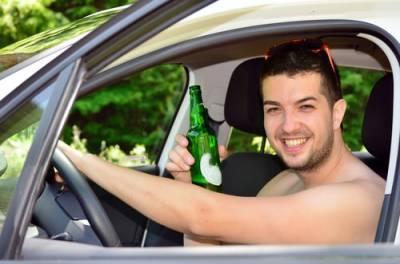 For many families utilizing the school system whether it be at a college or a preschool level, each year is more prominently separated by the academic year and vacation times. While school is in session, there is a schedule to which to adhere, which demands most of the daylight hours during the shorter days. During the summer the days are much longer, and routine has a tendency of being pushed by the wayside. It is also interesting to note that crime levels rise during the months in which students are out of school. One crime that is no exception is driving under the influence (DUI).

The Spike Is Not a Myth

If you obtain your information from individuals on the street, you hear different answers for any topic asked. The same holds true for the spike in crime. According to the annual National Crime Victimization Survey, Criminal charges spike as much as 12 percent during the warmer summer months. According to the National Highway Traffic Safety Administration (NHTSA), the most unsafe month in which to drive on the road is August when it comes to traffic-related fatalities. Consider these statistics:

Why Is Summer More Dangerous?

Several factors go into an increase in DUI and other criminal activity during the summer. For one, the lack of a solid routine sets the perfect amount of relaxation to “let loose” a little more and have another drink. Consider also that the summer months have the best road conditions which give drivers a sense of safety that “nothing will go wrong.” Other factors include:

Officers Are Also Aware of the Danger

The word on the streets also comprises discussions between police officers and lawmakers. They develop increasingly harsher penalties to dissuade those who can avoid it from drinking and driving. They create campaigns to catch drunk drivers. Unfortunately, with strict laws and a watchful eye, many drivers who are not impaired end up with life-long punishments. If you face DUI charges, you do not need to accept the penalties against you. Contact a Stamford DUI defense attorney today. Call the Law Offices of Daniel P. Weiner today to schedule your free initial consultation.