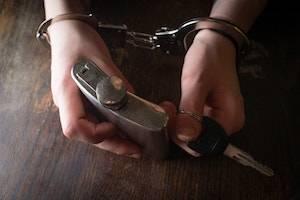 Whether a person is considered to be driving under the influence depends on a number of factors, including whether his or her ability to drive was affected to an appreciable degree. Under this law, a person can be prosecuted even when there is no direct evidence of intoxication from a BAC test.

The maximum allowable BAC with which a person can drive depends on the motorist’s age and the type of vehicle being driven. For example, most drivers can be convicted of a DUI if their BAC exceeds .08 percent. However, commercial drivers can be charged if they have a BAC as low as .04 percent, while drivers who are under the age of 21 years old will be found to have an elevated BAC if they register as .02 percent or higher.

Those who are convicted of a first DUI offense face a jail sentence of up to six months, probation, 100 hours of community service, a $1,000 fine, and a license suspension of 45 days, after which drivers must have an ignition interlock device installed in their vehicles. Although these are technically the penalties for a first offense, they are usually not applied until a driver’s second violation. This is because first offenders can apply to the court for admission to the Pretrial Alcohol Education Program. When a driver completes the program, his or her DUI charge must be dismissed.

Subsequent convictions within 10 years are punishable by up to three years in prison, an $8,000 fine, and a two year license revocation. Furthermore, once a license has been reinstated, the offender can only drive vehicles that have been equipped with ignition interlock devices, although this requirement can be lifted after 15 years.

Connecticut drivers also implicitly consent to be tested for drugs or alcohol by driving on state roads. As a result, motorists in the state must submit to a chemical analysis of their blood, breath, or urine if suspected of driving while under the influence. The law requires drivers to undergo two tests, at least 10 minutes apart. However, if the result of this second test is .10 percent or lower, but still higher than the first test, the prosecutor will be required to demonstrate that the test results accurately reflect the motorist’s BAC when he or she was arrested or the charges must be dismissed.

Schedule a Consultation With a Norwalk DUI Attorney Today

To speak with a dedicated Norwalk DUI attorney about your own pending DUI charges, please contact the Law Offices of Daniel P. Weiner. We are eager to assist you throughout each step of your case.