Erasing Past Convictions for Decriminalized Offenses 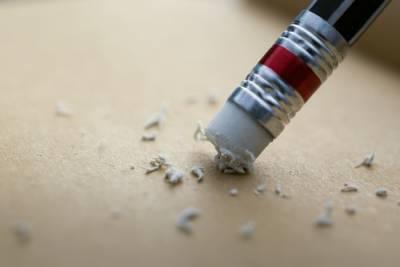 In 2015, the Connecticut Supreme Court issued a 7-0 ruling (that is, a unanimous decision) stating that individuals who were convicted before 2011 for possessing less than one-half ounce of marijuana could have their convictions erased. According to the Supreme Court, this is because Connecticut’s legislature approved a measure in 2011 that changed possession of a small amount of marijuana from a misdemeanor punishable by fines and/or jail time to a violation punishable only by a fine. This had the effect of “decriminalizing” – but not legalizing – possession of small amounts of marijuana. Because of this legislative move, the Connecticut Supreme Court concluded individuals convicted of this offense prior to its decriminalization were entitled to have their prior convictions erased from their criminal records.

This case (State v. Menditto) has implications not only for old possession cases but potentially for other individuals with prior convictions as well.

State v. Menditto – What Did the Court Decide?

In Menditto, the defendant Nicholas Menditto pled guilty in 2009 to two counts of possession of a controlled substance. He was subsequently placed on probation. In 2011, Menditto was arrested again, this time for having 0.03 ounces of marijuana as well as some paraphernalia. He was also charged with violating his probation. A few months later, the Connecticut legislature decriminalized possession of one-half ounce or less of marijuana. Menditto asked the court to dismiss his 2011 case as well as his alleged probation violation. He also asked that his prior convictions for one-half ounce or less of marijuana be erased. When both a trial court and an appellate court denied Menditto’s requests, he appealed to the Connecticut Supreme Court.

The Connecticut Supreme Court agreed with Menditto, holding that he was entitled to have any prior convictions that were for possession of less than one-half ounce of marijuana erased from his record.

So How Do I Get an Erasure?

After Menditto, individuals with convictions for possession of less than one-half ounce marijuana can apply to have these convictions erased from their criminal records. They may do so by filing a request in the jurisdiction in which the conviction was originally entered. A judge will then examine the request along with the facts of the case. Some older convictions may be more difficult to erase and require that subpoenas be issued for law enforcement and/or prosecutors’ records, that affidavits be submitted from witnesses and/or the individual, or that hearings be held to determine if the conviction is eligible for erasure.

How Might this Affect Other People with Different Convictions?

Showing that you are eligible for such an erasure can be difficult. That is why it is a good idea to contact our skilled Stamford criminal defense attorneys at the Law Offices of Daniel P. Weiner to discuss your situation. We can help you evaluate whether you are eligible for an erasure of a prior conviction and file the appropriate paperwork on your behalf. We also have the tools necessary to assemble the evidence needed to support your request.