Posted on September 19, 2019 in Juvenile Crimes 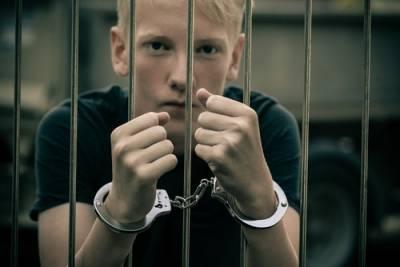 Manson Youth Institute in Cheshire, Connecticut, is a prison for young offenders who have allegedly committed a crime serious enough to wind up in the state’s adult court system. As of July 2019, there were only 43 young boys confined at Manson. This represents a significant change from the historical numbers - in July 2016, 76 were registered, and the number has been dropping for years. If your child is arrested and charged with a crime, you should be aware that the Connecticut penal system has been undergoing changes in the way young defendants are handled.

In the 2007-2008 fiscal year, approximately 1,491 young people under the age of 18 were confined at Manson. That number decreased by approximately 92 percent over the next decade, with 2018’s final figure being 105. This is a hugely positive trend, but there are multiple reasons for the drop in juvenile inmate numbers that may or may not still apply in your child’s case. There are still many cases in which a prosecutor will determine that Manson or a similar secure environment is the best place for your child.

One significant change that came to pass in the decade between the figures is that Connecticut raised the age of adult criminal responsibility (except in cases of serious violent crime like murder or sexual assault) from 16 to 18. Sixteen-year-olds were added back into the juvenile justice system in 2010, and 17-year olds were added back in 2012. This means that 16 and 17-year olds that commit crimes that do not immediately merit transfer to the adult system are more likely to be charged as juveniles.

Another factor traced to the declining population at Manson is the simple fact that juvenile arrests are down overall. Between 2008 and 2014, arrests of 17-year olds in Connecticut dropped roughly 60 percent, and overall juvenile arrests dropped 57 percent. This does not necessarily mean that juveniles are not making subpar choices; unfortunately, that is very often a rite of passage, especially for young boys and men. However, it does mean that an expanded range of alternatives to trial and sentence are being tried, with promising results.

If your child is arrested and charged with a crime, you need an experienced juvenile justice attorney on your side who understands when it may be possible to seek alternatives to time at Manson or another similar institution. Your child may be eligible for a pretrial diversion program; however, it is crucial to make certain that you have an attorney who understands the system and knows what may be possible and what is not.

Can a Stamford Juvenile Justice Attorney Help You?

Slowly but surely, society is moving away from the idea that juvenile defendants deserve consequences just as harsh as adults convicted of crimes. However, your family still needs to ensure that you have a knowledgeable Fairfield County juvenile justice lawyer on your side, so that you can be certain your child’s rights are protected. The Law Offices of Daniel P. Weiner has handled many of these cases and will do our best for yours. Call our office today at 203-348-5846 for a free consultation.