Got Traffic Tickets in Fairfield County? 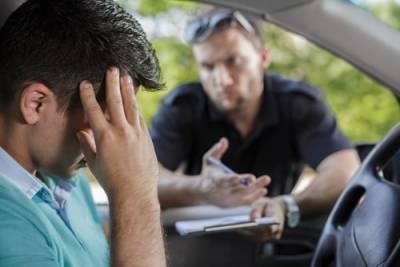 The overwhelming majority of drivers have been ticketed during their lifetimes, most often for relatively minor offenses. However, minor tickets can add up, or some Connecticut traffic offenses are considered major enough that you could actually be facing jail time. If you have been ticketed for a traffic offense, it can be tempting to simply plead guilty and pay the fine, or comply with other requirements, but this can open you up to potentially serious legal trouble.

Do Not Ignore Traffic Tickets

People who are ticketed for moving violations or other traffic offenses do not often treat them with the seriousness they should. Because the consequences are often seen as inconsequential - for example, a well-off driver cited for speeding may face a small fine, especially if it is a first offense - many people simply choose to pay the ticket, unaware that they are basically admitting guilt when they do so. In Connecticut, paying a traffic ticket without contesting it is considered a plea of nolo contendere (“no contest”), meaning you do not dispute what you are being charged with.

Any kind of guilty plea carries consequences - it may place one or more points on your driver’s license, as well as requiring driver re-education courses and rarely, may even result in a license suspension. That said, some traffic offenses are, of course, more serious than others, resulting in property damage, injury, or even death. Offenses like evading responsibility (also known as leaving the scene of an accident), driving a vehicle without permission (which can be charged as grand theft auto), or vehicular homicide will usually result in not only in the driving consequences articulated, but also, potentially, in a long prison term.

If you are pulled over for an alleged traffic violation, it is crucial that you not only treat the situation seriously but also that you do not lose your temper, no matter how absurd you may find the accusation. A court will take your attitude and demeanor into account when assessing whether or not to levy consequences, though this is obviously not the only factor they will take into account. You may be able to argue, through your attorney, that your conduct was justified, or that it was necessary to avoid harm (for example, if you were ticketed for speeding, you might have evidence to show it was necessary to avoid an accident).

Keep in mind that the court in which you have your hearing has nothing to do with so-called administrative penalties such as suspension of your driver’s license. This is done by the Connecticut Department of Motor Vehicles (CDMV). That said, some charges do carry an automatic license suspension, which then has to be contested in another hearing. Dealing with a traffic offense, especially a serious one, requires legal knowledge, as well as the patience and confidence to get through the bureaucratic process.

Sometimes, the seriousness of a situation can sneak up on you, and it is easy to feel overwhelmed if you have been charged with an offense that could cause serious long-term damage to your prospects. The Law Offices of Daniel P. Weiner handles these types of cases regularly and experienced Stamford traffic ticket attorney Weiner can offer you dedicated and compassionate representation to help you through. Contact our Stamford offices at 203-348-5846 today for a free consultation.