Posted on December 05, 2016 in Domestic Violence 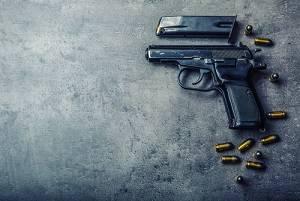 Both gun ownership and domestic violence are taboo subjects. The treatment of women and the Second Amendment are both at the forefront of debate, especially in election years. Even though we will have a new president and there will likely be plenty of legislative changes, one significant change has already taken place before the early election process began. On October 1, 2016, a law regarding domestic violence and gun ownership altered the previous status quo.

The previous restrictions are still intact in regards to gun control and those with severe or violent crimes. The prohibitions pertain to both possession and purchase of weapons by those who have been convicted of a violent misdemeanor, regardless of the relationship between the accused and the victim. Crimes that would preclude anyone not being eligible for gun ownership include:

Ex parte protective orders are temporary restraining orders issued in emergency situations, most commonly in domestic abuse cases. Under current legislation, a conviction is no longer required to remove the right to own a firearm in Connecticut. Upon being served documentation alerting that a restraining order is in place, an individual no longer has the right to own a weapon within the state. This prohibition holds true for temporary ex parte orders as well. The broad definition of domestic abuse enables a wide array of individuals to file a restraining order. A family member or household member may claim to be subjected to continuous physical or emotional trauma and is then eligible to receive a protective order. The list who qualify to claim domestic abuse are:

When filing a restraining order, there is a portion of the documentation requesting information about whether the respondent has any weapons or ammunition in their home. An affirmative answer enables a disarming process to begin. Advocates of the Second Amendment have created fierce opposition. For now, a formal hearing must take place within 14 days but typically occurs within seven days. If the restraining order is not approved, the weapons and any applicable permits must be returned.

Being Served and Owning Firearms

If you have been served with an ex parte protective order, your rights are in jeopardy. Consulting with a legal professional is important. Not having the right lawyer to represent your case can make the difference between a seven-day stint without your weapons and a lifetime of without them, should you be convicted of the alleged violent crimes. If you would like to discuss your options with a Stamford, CT domestic violence defense attorney, contact the Law Offices of Daniel P. Weiner today at 203-348-5846 to schedule your free initial consultation.