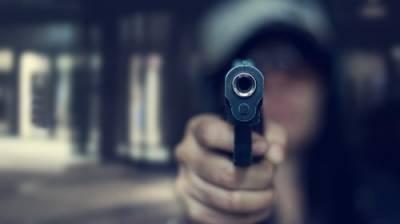 Gun ownership and the laws surrounding it create an ideologically-charged legal landscape that gun owners need to be aware of. This is especially important for people who have been convicted of a felony, which automatically renders them incapable of legally owning a firearm. The law in question is the Connecticut General Statute § 53a-217 , which is titled Criminal Possession of a Firearm, Ammunition, or Electronic Defense Weapon. The statute makes a felon's possession of a firearm a class C felony, which comes with serious consequences like fines and jail time.

Owning a Firearm with a Felony Record

The Connecticut statute makes it a class C felony for a person who was convicted of a felony to own a gun, ammunition, or and “electronic defense weapon.” While the first two items are fairly self-explanatory, an electronic defense weapon has a special definition under the law. They are weapons that send out an electric pulse that immobilizes someone, but cannot kill or seriously injure them. Examples of such weapons include Tasers and stun guns.

The law makes this sort of possession a class C felony. Ordinarily, those sorts of felonies are punishable by between one and 10 years in prison and a fine of up to $10,000, but the statute makes a special provision for this crime. It requires judges to hand down a mandatory minimum sentence of at least two years, and it also mandates a fine of at least $5,000. However, judges may choose to forgo issuing the fine or to reduce the amount below $5,000, but the judge must be willing to state their reasons for doing so on the record.

If a person is charged with criminal possession of a firearm, law enforcement also has a variety of tools that can allow them to seize the person's weapon. Most notably, civil forfeiture laws. These are laws that allow the police to seize property that was used in the commission of a crime. The precise standards for these sorts of laws vary from state to state. In Connecticut, the police must be able to show clear and convincing evidence that property was related to a crime. In this case, that would not be a great hurdle since the mere possession of the property is the crime. Connecticut also has another law that allows for the specific seizure of firearms if the police have probable cause to believe that the individual who owns the gun poses an imminent risk of harm to themselves or to others.

Criminal possession of a firearm is a serious charge with serious legal consequences. If you have recently been charged with this criminal offense or another one like it, contact a Fairfield County criminal defense attorney today. Our dedicated team of professionals are here to help ensure that your legal rights are respected.