Has Your Child Been Charged with Vandalism? 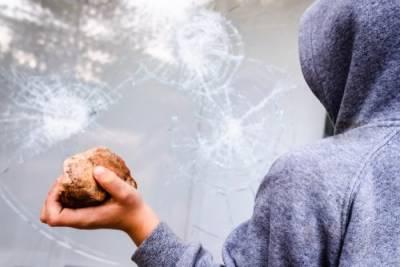 When a young person is caught damaging property, it can too often signify that something is wrong at home, or at school. However, vandalism is still a crime in Connecticut, and very often, juvenile charges may be brought in order to teach the young person a lesson. Criminal mischief, as Connecticut law refers to vandalism, can remain on your child’s record and cause them problems in the future. Contacting an attorney is a crucial step to deal with these charges.

Criminal mischief in Connecticut is defined as causing any kind of physical damage to another person’s property - including, but not limited to vandalism. The more serious degrees require the intent to cause damage, while third and fourth-degree criminal mischief do not, and the actual damage can be as minor as a small scratch or as large as an all-consuming fire. There are several different reasons why these types of offenses happen for both juveniles and adults, including domestic disputes, pranks, or simply out of malice.

A defendant under the age of 18 may be charged either as a juvenile or as an adult. If you are charged as an adult, the degree of the charge will depend on the value of whatever property was damaged. First-degree criminal mischief is most often the charge when the damaged property is worth more than $1,500, while if the property is worth between $250 and $1,499, the charge will be in the second degree. The penalty for first-degree criminal mischief is a sentence of between one and 5 years in prison, plus fines of up to $5,000, while a second-degree conviction will result in a sentence of one year and $2,000 in fines.

Charged as a Juvenile

The consequences for a conviction in adult court are quite serious, especially if you are convicted of first or second-degree criminal mischief, which are felonies. However, juvenile court is geared more toward giving a young defendant a chance to learn from their mistake than in simply punishing - the goal is to provide consequences, but not potentially handicap a young person who may have made one mistake in an otherwise law-abiding life.

A juvenile defendant may be found delinquent (as opposed to being convicted in adult court), but even if they are, they have more rosy options than an adult person. Many juvenile defendants are sentenced to pretrial diversion programs, which can involve alternatives to jail time such as anger management courses or community service. In addition, their record is able to be sealed or expunged upon their 18th birthday, if they complete the program and any other requirements for expungement.

If your child has been charged with criminal mischief, it may seem like a youthful rite of passage, but the consequences can be severe. Having a skilled Fairfield County juvenile justice lawyer on your side can help ease your mind and ensure that your child’s rights are protected during the criminal process. The Law Offices of Daniel P. Weiner has handled a large number of juvenile court cases, and we understand the state of the law around this type of charge. Attorney Weiner will work hard for you. Call our Stamford offices today at 203-348-5846 for a free consultation.