Have You Been Accused of Committing a Violent Crime in Connecticut?
Iniciar chat en espanol
Blog
View All Practice Areas
Subscribe via RSS

Have You Been Accused of Committing a Violent Crime in Connecticut? 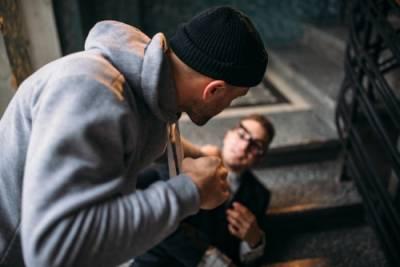 Violence is never the answer, but everyone makes mistakes, and everyone needs to defend themselves. If you have been involved in an incident where you used force, or threatened to use force, to cause bodily injury to another person, you can be charged with a crime of violence in Connecticut. Regardless of which specific crime you are charged with, it can derail your life plans significantly if you are convicted, so if there are mitigating circumstances, or if you simply want to ensure that your side of the story is told, it is a good idea to consult a Stamford violent crimes attorney to discuss your case.

Hard to Navigate the System

The National Registry of Exonerations lists almost 2,400 exonerations of wrongly convicted men and women that have occurred since 1989, with Connecticut having granted 25 in that time. While law enforcement tries to do its job well in order to ensure our streets are safe, it is true that sometimes, personnel will cut corners - perhaps pushing witnesses to exaggerate; perhaps inappropriate or illegal searches, or other actions. They will try to search for confessions and easy convictions that simply may not be there for the taking. It is not unheard of for law enforcement to allow violations of defendants’ constitutional rights in the hope that they will implicate themselves.

None of this is fair, and without an attorney, the chances are higher that you may be wrongfully convicted of a crime you did not commit, or receive a harsher sentence than might be warranted under state or federal laws. Even if you did harm or kill someone, you are still entitled to a fair trial and to a competent defense, and in some situations, you are less likely to get one without an experienced attorney on your side.

One of the most common misunderstandings among those who have never committed violent crimes is thinking that there are no defenses for such conduct. Defenses do exist, though they have to fit very specific situations. For example, self-defense or “standing one’s ground” is codified into Connecticut law, but it will only be a complete defense to a violent crime, such as murder or criminal assault, in very specific situations - namely, that the person acting in self-defense must use a “reasonable” amount of force, and they may not be the initial aggressor. Defense of property is also an accepted defense in specific cases.

If there is no defense you can argue to mitigate the offense entirely, though, an attorney may still be helpful in trying to reduce the sentence for the conviction in question - while Connecticut has mandatory minimums for certain violent crimes like murder, for others it is sometimes possible to try and plead to a lesser charge or to argue for less jail time in exchange for probation or community service. The intent in trying violent offenders is to make the streets safer - if you can show that you are not a danger in general, it may be a good sign.

The law mandates harsh punishment for anyone who commits a crime of violence, but there are some who look to violence first, while others look to it at all only with extreme reluctance. The Law Offices of Daniel P. Weiner has defended both, and we know that you are entitled to a good defense, no matter what the charge may be. Contact a dedicated Stamford violent crimes attorney at our office today for a free consultation by calling 203-348-5846.