Heroin Use Moves to the Suburbs

Posted on February 24, 2015 in Criminal Defense 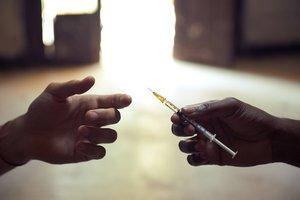 Many people think that drug crime is a problem only in big cities. However, lately the use of heroin and other drugs has been skyrocketing in the suburbs, including affluent communities. Increased drug use brings with it an increase in the number of arrests, hospital visits, and property crimes.

According to a recent article in the Connecticut Post, there has been a threefold increase in opiate addiction cases over the last decade at the Addiction Recovery Center at Greenwich Hospital. In addition, heroin deaths have been recorded by Greenwich Police every year since 2011.

Heroin-related arrests have increased as well. Greenwich Police made twelve heroin seizures in 2013, but the actual number is higher because the presence of heroin was not recorded in several other cases. Drug-related property crimes, including burglaries, items stolen from cars, and even street robberies, have been on the rise. Every year the Greenwich Police see from 80 to 100 residential burglary cases and 20 to 30 business burglary cases. It’s estimated that the vast majority of those cases—up to 95 percent of them—are related to drugs.

If you have been charged with a drug-related crime, an experienced Connecticut criminal attorney who knows the court system and how to protect your rights is your best option. Contact the Law Office of Daniel P. Weiner for help with your case today.