Posted on December 27, 2017 in Theft and Property Crimes 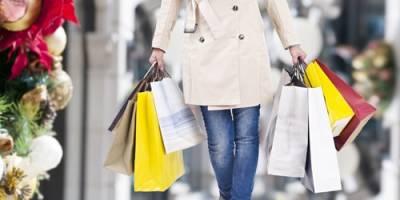 A shoplifting charge in Connecticut is a serious matter, whether levied in the holiday season or any other time of year. Depending on the value of the goods in question, penalties may be far more severe than a run-in with mall security or expulsion from a shopping center. Jail time, fines, and reputational damage capable of limiting one’s educational and vocational future are at stake. With so much on the line, a legal defense mounted by an experienced Fairfield County criminal defense attorney is an absolute must.

If you have been arrested for shoplifting, the criminal charge you are facing is larceny. Connecticut penal law defines larceny as the “intent to deprive another of property or to wrongfully take, obtain or without hold such property from an owner.” Here, the word “intent” should jump out. Even if you are apprehended while attempted to shoplift, your intent, if proven if in a Connecticut criminal court, is grounds for a larceny conviction. In addition, larceny covers more than shoplifting; if you knowingly receive stolen property, you may be properly convicted of the offense. The same is true with regard to auto theft, embezzlement, false pretenses, and theft by fraud.

In Connecticut, there are six “degrees” (classifications) of larceny. Degrees six, five, and four are considered misdemeanor offenses involving property valued at no more than $1,000, and punishable by up to one year in jail and a fine of up to $2,000. Importantly, however, even a misdemeanor larceny conviction will mar your criminal record, potentially limiting your employment-related and educational aspirations. The damage stemming from a conviction for first, second, or third-degree larceny in Connecticut is far direr. Concerning property valued at least $1,001, a conviction for felony larceny is punishable by up to twenty years in prison and fines of up to $15,000. Here, larceny in the form of auto theft is relevant. Because many vehicles are valued above $10,000, auto theft may constitute grand larceny (the highest, most severe degree).

Defending Against Larceny Charges in the State of Connecticut

If you have been charged with larceny in any of its forms in the state of Connecticut, it is imperative that you mount the strongest possible legal defense. With fines, jail time, reputational damage, and more at stake, you need the experience of a Stamford criminal defense attorney.