Is Bullying a Crime in Connecticut? 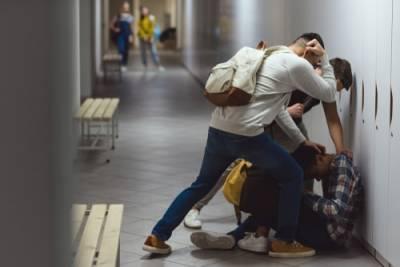 Countless numbers of children are bullied at school every year, which in turn can play a major role in a host of physical and mental health problems. However, most of the time, bullying does not rise to the level of crime. In the situations where it does, your child will need an attorney who understands the complexities of juvenile law, and who knows how best to ensure that their rights are protected.

Bullying Can Be Serious

Bullying can have devastating consequences, primarily for the victim, but also for the bully. Multiple studies show increased risk for ‘poor school adjustment,’ anxiety, depression, sleep issues and focus problems for victims. Many studies also show that the risk of increased suicidal ideation can occur in both the bully and the bullied. Intervention is critical to safeguard both young people, and hopefully to place the bully on a better path. Sometimes, however, this may not occur until a crime has been committed, and in that case, the consequences must be faced.

In Connecticut, there is no specific statute that defines ‘bullying’ - instead, the alleged offender will be charged with that specific crime, such as intimidation, harassment, assault or stalking. In addition, crimes on school grounds are very often grounds for expulsion or suspension of the alleged bully, so it is very possible your child may face two proceedings if they are charged with a crime (one in court, and one before the school board, which has the final say on student discipline).

If your child is charged with an offense that involves the use or threatened use of physical violence, they may be able to apply for the Pre-Trial School Violence Prevention Program, designed to serve as an alternative to going to trial. Generally, if the child’s application is approved, and they meet all the other conditions, they can attend the Program, which teaches nonviolent conflict resolution and anger management. If all the conditions of the Program are met, the charges will then be dropped after 1 year.

Bullying can very often be a cry for help, and if your child has been charged with an offense related to bullying, it is possible to negotiate an outcome that sets them on the right path instead of needlessly punishing. The Law Offices of Daniel P. Weiner has handled countless cases involving this type of juvenile law, and Mr. Weiner is happy to work hard to give you and your family a fair outcome. Call a skilled Fairfield County criminal defense attorney at our office today at 203-348-5846 for a free consultation.