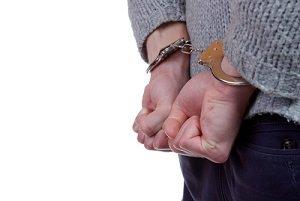 It is illegal to purchase alcohol or handgun until the age of 21. Congressional seats are unobtainable until the age of 25, as are most discounts on car insurance. Even rental cars have added restrictions for those under the age of 25. And yet, all throughout the country, children as young as 14 are tried and convicted as adults. Even in Connecticut, where the age of eligibility is quite progressive, most young adults are pushed out of the juvenile system the moment they turn 18.

Seems a little contradictory, does it not?

Interestingly enough, there are lawmakers and legislatures that actually agree; Governor Dannel Malloy is one of them. In fact, he recently proposed that Connecticut divert its youth from the adult correctional facility by raising its age of eligibility to 20, and that the state come up with alternative methods for handing non-violent offenders under the age of 25. As it turns out, there may be a number of benefits in doing so.

Until recently, society has held the belief that 18-year-olds are capable of fully understanding the consequences of their actions. However, research has recently disproven this way of thinking, showing that human brains do not fully develop until at least the mid-20s. Prior to that, humans are especially susceptible to outside influences, and they may not fully consider how a decision may impact them in the long run.

Part of the reason that Connecticut increased their juvenile age limit in the first place relates to the lack of services and support offered to youths in the adult prison system. In the juvenile system, they are offered an education, therapy, and other positive influences that may improve their overall chances of rehabilitating and becoming active members of society.

Two large, recent studies were conducted on juveniles in the justice system to determine their re-offense rate. Columbia University looked at 15- and 16-year-olds in New York and New Jersey while Northeastern University analyzed juvenile offenders, overall. Both found that juveniles in adult systems were far more likely to reoffend than those incarcerated and treated within the juvenile justice system.

Last year, 11,000 people between the ages of 18 and 20 were arrested in Connecticut, of which nearly three-quarters had no more than a misdemeanor charge. Another 19,800 between the ages of 21 to 24 were arrested. All of them ended up in the adult justice system. All of them have criminal records that can affect what living and employment situations may be available to them.

If passed, Malloy’s proposal would change all of that. Up to age 20, individuals arrested would be treated as juveniles. Up to age 25, convicted individuals would continue to have certain protections in place, such as closed records and the opportunity for expungement if they complete their obligations. Essentially, it would wipe the record clean for low-risk offenders who manage to successfully reintegrate back into society without reoffending; it would give them a second chance, at a time when they have a better understanding of just how drastically a bad decision can change their lives.

Parents Must Be Diligent Until Laws Change

Even though popular opinion has begun to shift, and more evidence supporting an increase on the age limits for juvenile justice systems continues to emerge, parents and young adults must still be diligent when it comes to handling criminal charges; the laws have not changed yet. There may, however, be a way to improve the overall outcome of a young adult’s case.

The Law Offices of Daniel P. Weiner understand just how frightening criminal charges can be for young adults and their parents; with no guarantees that your child will be treated fairly, with leniency, or that they will be afforded any form of privacy or protection within the juvenile system, you have every right to be concerned. Thankfully, skilled Connecticut juvenile criminal defense attorney may be able to help. To find out how, call 203-348-5846 and schedule a free initial consultation today.