How Does a Juvenile Case Unfold in Connecticut?
Iniciar chat en espanol
Blog
View All Practice Areas
Subscribe via RSS

How Does a Juvenile Case Unfold in Connecticut? 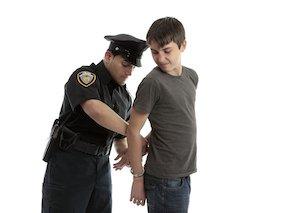 As a parent, finding out that your child has been arrested can be extremely stressful. If this happens in your family it is important to understand the juvenile judicial process.

In Connecticut, a juvenile is considered delinquent if he or she is under the age of 18 when breaking, or attempting to break, the law. The law can be a state, federal, county, or municipal law. In many cases, the same statutes apply to both adults and juveniles. However, the procedure by which adult and juvenile cases are handled is often different.

The first point of contact in most cases is with a police officer. Depending on the alleged offense, the officer has the discretion to decide how he or she will handle the minor child. The officer can decide to:

There are two types of cases when dealing with juveniles. Non-judicial cases are those that are nonviolent and are deemed to be minor offenses. These may include things like petty theft, and vandalism. These cases are handled by a juvenile probation officer. This offer can recommend one of the following:

There are many different outcomes and possible punishments for juveniles that have broken the law. If you have a minor child who has been charged with a serious offense, an experienced Connecticut criminal law attorney can guide you through the criminal process and help you make the best decisions for your family.