When is a Juvenile Offender Prosecuted as an Adult in Connecticut?
Iniciar chat en espanol
Blog
View All Practice Areas
Subscribe via RSS

When is a Juvenile Offender Prosecuted as an Adult in Connecticut?

Posted on September 18, 2014 in Juvenile Crimes 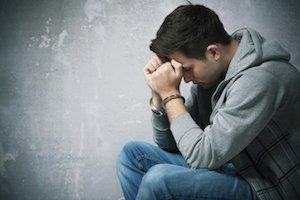 Prior to 2012, Connecticut was one of only three states in the U.S. that treated teens aged 16 and 17 as adults under criminal law. As a result, 16- and 17-year-olds were prosecuted under the adult justice system and were sentenced to adult prisons with no special rehabilitative services designed for adolescents. However, as a result of juvenile justice reform, legislation raised the age of juvenile jurisdiction for 16-year-olds on January 1, 2010, and for 17-year-olds on July 2, 2012.

Despite fears that these changes would cause the juvenile justice system to be overwhelmed and that the crime rate would increase dramatically, neither have happened. In fact, the crime rate in Connecticut for 2013 has decreased for the second straight year. The increase in the age of adult prosecution could be a contributing factor. Fewer teens are being incarcerated in adult prisons and commit more serious crimes after their release.

Those under 18 can still be prosecuted as adults for certain crimes. These include serious felonies such as murder, rape, or armed robbery, and will result in a mandatory transfer of the case to the adult justice system. In the case of other, less serious felonies such as drug dealing, vehicular homicide, aggravated assault, and weapons charges, a hearing will be held to determine whether the case will be prosecuted in adult or juvenile court.

The Youthful Offender Program is available to youths who are 16 or 17 at the time of the alleged crime and who have not been previously convicted of a felony or other serious crime. Under the program, court hearings and all records are closed to the public. Probation, rather than incarceration, is available, and at age 21 the conviction is discharged if the offender has not subsequently committed a felony.

The criminal laws governing the treatment of older teens can be complex and confusing. If your child has been accused of a serious crime, your child’s future may be on the line. Contact a Connecticut criminal attorney who is experienced in handling juvenile offenders today.