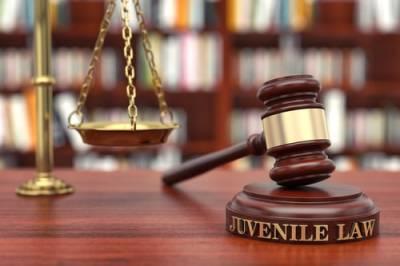 Too many people see petty crime or mischief offenses as part of growing up, especially for young boys and men. However, it is still important not to overlook the potential consequences of committing a crime, and in some cases, the crime may be serious enough to be removed to adult court, with all the attendant consequences. Having an experienced juvenile justice attorney on your side can help smooth out the process while still preserving your child’s rights.

In most cases where a juvenile is arrested, Connecticut’s justice system has the stated aim of trying to rehabilitate them, rather than solely punish them for their choices. Their young age and (in most cases) lack of life experience are seen as mitigating factors, to some degree, and especially in cases of non-violent crime, many juvenile offenders are offered alternative options to a jail sentence, such as diversion programs or community service.

If your child’s crime is serious enough where the prosecutor thinks that removal to adult court is a good idea, it means that they believe that (1) the crime is serious enough to warrant being tried as an adult; and (2) more serious punishment is necessary than would be given in juvenile court. Crimes like selling or dealing drugs, weapons violations, or assault and battery are often removed to adult court, and juvenile defendants will potentially face the same type of sentence that would be given to an adult.

There is a sort of middle way in some cases, however; depending on the specific facts of your child’s situation, they may be charged as a “youthful offender.” Youthful offender cases come with more privacy protections, as well as the opportunity to have their record expunged at age 21, assuming all underlying conditions are complied with (for example, if the juvenile does not have any other contact with law enforcement, and completes any other supervision or probation programs).

Can a Stamford Juvenile Justice Attorney Help You?

It can be tempting to write off a juvenile’s encounter with the law as no big deal, but every offense has the potential to leave serious, long-lasting effects on a child’s future. Contacting a skilled Fairfield County juvenile justice lawyer can help give your child the best chance to learn from their experiences while not being unduly handicapped for the future. The Law Offices of Daniel P. Weiner routinely handles juvenile cases in both juvenile and adult court and is ready and willing to try and help you with yours. Call our office today at 203-348-5846 for a free consultation.