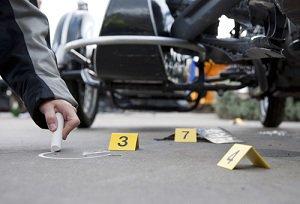 According to StamfordAdvocate, in 2010, a woman allegedly caused the deaths of two young men was recently sentenced to six months in jail. It was alleged that, under the influence of alcohol, she drove into and killed the victims.

Although this type of charge often carries a multi-year prison sentence, the prosecution offered an attractive plea deal due to a lack of evidence. The woman’s vehicle allegedly never actually struck the victims’ car as the two were changing a tire. Also, it was mentioned that state police destroyed the car and most of the evidence because they thought the case had been settled.

As well, the woman who allegedly caused the accident did not take a breathalyzer test at the state police barracks. This is a requirement when a person causes an accident that leads to serious injury or death.

If you are facing a possible DUI charge or wish to consult a criminal attorney to provide guidance on your DUI case, call the Law Offices of Daniel P. Weiner. We assist clients in various Connecticut criminal-court matters including DUI, juvenile offenses, felonies and misdemeanors.

For more than 40 years, Stamford DUI attorney Daniel P. Weiner has offered his services to clients all over the Connecticut area including Bridgeport, Danbury, Darien, and Wilton. To schedule a consultation contact our office at 203-348-5846.