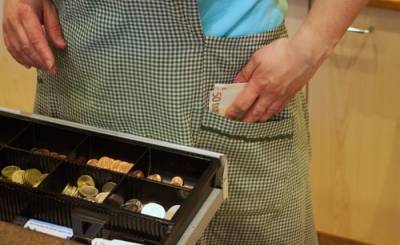 Connecticut has a very wide-ranging larceny statute, that encompasses quite a few different theft crimes, including retail theft (shoplifting) and embezzlement. Because the statute is so broad, it can seem a bit overwhelming to those charged with a larceny crime, but in truth, the law is usually more simple than it appears. If you have been charged with larceny, understanding the specifics of the law and what you might be facing can help demystify the process.

The Umbrella Is Wide

Connecticut law defines larceny as having the intent to either permanently deprive another person of property, or to appropriate it for themselves, and physically taking or withholding that property from its rightful owner. While other states specifically define different theft crimes like extortion or embezzlement under their own statutes, Connecticut classifies them all as theft crimes, under the wide umbrella of larceny. In other words, the law defines each theft crime as being a type of larceny, rather than as specific and individual crimes.

The key part of a larceny charge is intent - if the state cannot prove that you intended to permanently retain another person’s property, they have not proven all the elements of their case, and it is not always easy to illustrate intent one way or the other. This is a very common defense that is offered in cases that involve theft from a private person or entity; a defendant can argue that they merely borrowed the property and intended to return it.

Because Connecticut larceny law has such a wide reach, it is divided into six different degrees, based on the monetary value of the items or services taken. Larceny in the sixth degree is a Class C misdemeanor, and the value at issue is $500 or less, while larceny in the first degree is charged when the amount at issue is over $20,000 and is a Class B felony. In some cases, the value of the services or items may be less, but another extenuating factor might require a higher charge - for example, in Connecticut, one can be charged with first-degree larceny if they defraud a public community of over $2,000.

If you are charged with larceny, it may be possible to be admitted into a diversion program instead of being sentenced to a jail term, especially if it is your first offense. Most pretrial diversion programs are not available to those charged with first-degree larceny, however, and only to those charged with second-degree larceny if good cause is shown. It is also important to be aware that if you have two prior convictions for larceny and are charged again, a prosecutor may then seek ‘persistent larceny offender’ status, which automatically raises the penalties if convicted to those of a Class D felony.

Can a Stamford Larceny Lawyer Help You?

If you have been charged with larceny, you need an experienced Fairfield County criminal defense attorney on your side who understands the possible ramifications of a conviction. The Law Offices of Daniel P. Weiner has handled many, many larceny cases over the years, and we are happy to put that experience to work in yours. Contact our offices today at 203-348-5846 for a free consultation.