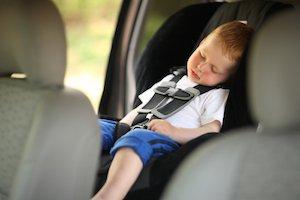 The summer of 2014 has seen a rash of cases involving parents or caregivers leaving children in hot cars. According to the Connecticut State Police, last year there were 44 vehicle heat-related deaths of children in the U.S., and more than 500 such deaths across the country since 1998.  As of early July, 15 children have died in hot cars across the U.S. This includes cases of children playing in unlocked cars or trunks as well as parents or caregivers leaving children unattended inside a closed vehicle. One of the most troubling aspects of this problem is that these deaths are completely preventable.

During the hot summer months, the temperature in a closed vehicle can reach triple digits—and levels that can cause serious injury or even death—in a matter of minutes. High humidity levels can cut that time in half.

According to WTNH, leaving a child unsupervised in a hot car can lead to criminal charges for the responsible person, which will be determined by the police after conducting an investigation. If the child is not injured and there is no danger of injury or risk to the child’s health, the charge would likely be the charge of Leaving a Child Unsupervised in a Motor Vehicle, which is a misdemeanor.  If the child has become lethargic or the child’s health is in danger, the child is injured and the charge will likely be Risk of Injury to a Minor, a felony. If a person purposely locks a child in a hot car to die, the charge will be murder, which is a felony.

Whether by accident or not, leaving a child in a hot car creates a very dangerous situation and people should be aware of the charges they may face as a result of their actions. If you have been charged with a crime as a result of a child getting closed in a hot car while playing in an unlocked vehicle or being left unattended in a hot car, contact an experienced Connecticut criminal attorney to help you navigate the criminal law process.