Posted on February 06, 2020 in Marijuana Possession 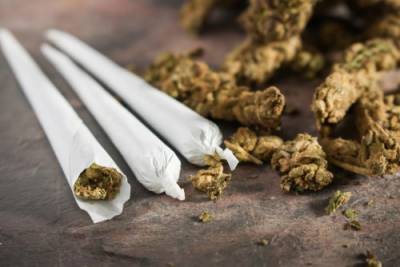 As with any other drug, being charged with possession of marijuana can lead to serious consequences even if you do not wind up serving jail time. A drug conviction on your record can lead to problems in life, especially for juveniles, so if you have been arrested and charged with possession, it is crucial to try and find an experienced attorney who can help you have the best chance possible at proving your innocence.

There Are Still Consequences

While it is true that possession of small amounts of marijuana has been decriminalized - if you are stopped with less than one ounce of a “cannabis-like substance,” you will have committed a civil infraction, rather than a crime - this does not apply to amounts over one ounce. If you are stopped with between one and four ounces, this is a misdemeanor charge, but any amount over four ounces is a felony, even on a first offense. Even the lowest level felony can lead to fines of up to $5,000 and up to 10 years in jail.

However, even possessing less than one ounce of marijuana opens one up to potential consequences. A first offense results in a $150 fine, with a second and third costing $500. After two convictions for this type of infraction, the court then has the legal authority to order you into a drug treatment program. This can be a mixed blessing, as you cannot be ordered to jail for civil infractions, but drug treatment and other diversions can cause problems at work or at home.

It can be tempting for many people to simply not defend against the civil infraction. They may think that because it is no longer a crime, there are no consequences, or that the consequences will be minimal. However, merely checking the box on the ticket for ‘guilty’ can open you up to a host of problems later on; you may have trouble finding work or getting housing if your criminal record shows a drug conviction, given its implications regarding moral character.

In order for you to be convicted of possession of marijuana in Connecticut, the prosecution must be able to show that you knowingly and legally were in possession of the drug - that is, you were able to “exercise dominion or control,” and you knew that it was under your control. There are multiple ways to potentially undermine this aspect of the case - if you cannot be shown affirmatively to have intentionally gotten control of marijuana, you cannot be tried for that specific crime under Connecticut law.

Can a Stamford Marijuana Possession Attorney Help You?

Being charged with possession of marijuana may not carry the same harsh consequences that it used to, but it still carries potential penalties that can affect your life long-term. If you have been charged, the best course of action is to contact a skilled Stamford marijuana possession attorney. The Law Offices of Daniel P. Weiner has a long track record of handling these matters, and Attorney Weiner is happy to put his experience and knowledge to work for you. Call our offices today at 203-348-5846 for a free consultation.