Misconceptions About Marijuana Possession in Connecticut 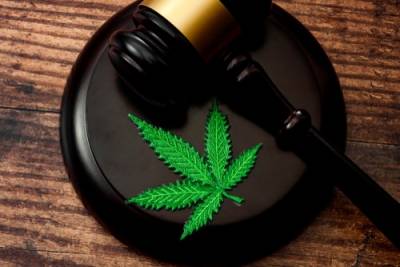 In 2011, Connecticut’s then-governor signed legislation decriminalizing the possession of small amounts of marijuana, reducing the sentence from incarceration to a fine, between $150-$500 per offense. However, too many people hear this and assume that this means no consequences for possession at all. In reality, being charged with possession of any drug is still a serious offense that requires an experienced legal professional to manage.

Decriminalized offenses are still considered infractions, which means that consequences still attach. While these offenses do not carry a penalty of incarceration, they do still carry fines, and can still cause serious problems in the future, since a possession conviction as an adult will generally remain on a person’s criminal record. Also, after your second conviction for this infraction, you can be ordered into a drug treatment program by the court.

It may seem a good idea to simply pay a ticket for possession of marijuana, but in reality, it causes far more trouble than it alleviates in the short-term. Admitting your guilt means that the offense remains on your record, where it can be visible to future employers, loan officers, and others in positions of authority. In most situations, it is best to try and fight the charge, so you can potentially duck that blemish on your record.

In addition to the fact that possession of small amounts of marijuana still carries consequences, possession of amounts over one half-ounce is still a crime, carrying potential sentences of incarceration and fines far more serious than the infractions. If, for example, you are caught with more than one-half ounce of marijuana, you face up to one year in prison, but a subsequent conviction for the same offense is a felony, punishable by up to five years in prison and a $3,000 fine.

It is still possible, if unlikely, to defend against such a charge. The concept of ‘possession’ can be vague, and sometimes a prosecutor may have difficulty proving actual possession of the drugs. It is also more common than one might think that law enforcement may cut corners, meaning that the evidence used to charge you might have come from an illegal search. Either way, having an experienced attorney on your side can be a huge help.

Can a Stamford Marijuana Possession Attorney Help You?

One instance of marijuana possession can cause long-term problems for a person, so it is important to be aware of your options if you have been ticketed or charged. Contacting a skilled Fairfield County drug possession attorney can ensure that your rights are protected while dealing with law enforcement. The Law Offices of Daniel P. Weiner has handled many of these cases and is happy to try and assist with yours. Contact our offices today at 203-348-5846 for a free consultation.