Examples of Money Laundering in Connecticut

Posted on February 26, 2016 in Criminal Defense 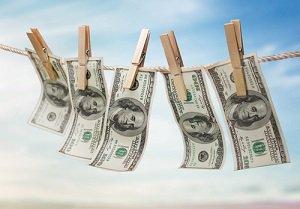 The idea of money laundering can seem like a very complex crime left mostly to the mafia or executives of high-powered companies. It does not seem like a crime that would be one commonly perpetrated by everyday people or workers. In fact, money laundering encompasses several different types of financial crimes, which are often committed by everyday citizens. The Internal Revenue Service (IRS) is responsible for investigating allegations of money laundering, though cases are prosecuted in the judicial district in which the defendant was accused of the crime.

The obvious type of money laundering is when large organizations, usually criminal in nature, hide profits from unsavory businesses, such as the drug trade, prostitution, or the black market for stolen goods. This money is often hidden in offshore accounts or in assets such as expensive cars and property.

Another common type of money laundering occurs when medical professionals prescribe commonly-abused drugs (such as hydrocodone or oxycodone) without medical necessity to the patient. The doctor then deposits the money received from these prescriptions into multiple bank accounts, for example, without running it through the medical office in which he or she works.

Despite its commonality, the punishments for money laundering in Connecticut are stiff. The federal government, does, however, impose a statute of limitations for money laundering cases, applicable in all states: You must be indicted for the alleged crime within five years after the case is reported to have occurred.

If you or someone you know has been accused of money laundering or any other financial crime, the most important step is to seek legal counsel. Do not go through it alone. Contact an experienced Stamford criminal defense attorney today.