The Difference Between Murder and Homicide 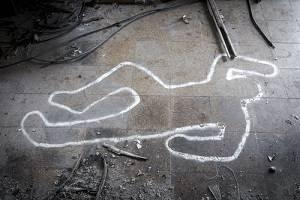 When someone makes violent crime accusations, they are effectively jeopardizing the future of the accused individual. An allegation on its own can wreak havoc on a once-clean reputation. With enough notoriety, the accused can lose family, jobs, and more. Intelligent and efficient representation early on can help to mitigate any lasting effects of any false claims. Additionally, it is beneficial to understand what the terminology means in a legal realm. In daily conversation murder and homicide are interchangeably used, but each has unique meaning when used in a court-of-law.

Murder is the intentional killing of another individual, including forced suicide with duress or deception. Connecticut’s unique legal structure breaks the charge down further into capital, felony, or arson murder rather than first, second and third degree. The differences are as follows:

Homicide is the killing of another individual, without any need of intent. Most of the time, homicide coincides with the word “negligent” meaning that the accused had a standard duty of care and failed to take the necessary care, resulting in the death of an individual. This may be through criminally negligent homicide or negligent homicide with a motor vehicle.

If you are accused of a violent crime such as murder, manslaughter, or homicide, it is imperative for your future to secure proven and experienced legal counsel. You will want someone who can adamantly and aggressively defend your case as well as someone who has the intelligence and legal prowess to use the law in your favor. If you are interested in discussing your situation with a Stamford, CT violent crime defense attorney, contact the Law Offices of Daniel P. Weiner today by calling 203-348-5846 to arrange your free initial consultation.