What You Need To Know About Computer Crimes in Connecticut

Posted on February 28, 2014 in Criminal Defense 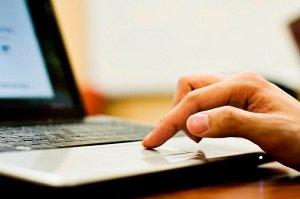 If you have been charged with a computer crime in the state of Connecticut, you need legal representation that will work hard to represent your rights. Having a criminal record and facing the possible consequences of a computer crime conviction can be serious, so you need a lawyer who is familiar with criminal defense and experienced in the law.

There are several different forms of legal violations regarding computers in Connecticut. The following is a basic overview of Connecticut computer crime laws.

The first type refers to unauthorized access to a computer system, which refers to individuals who access either a computer or a network without proper authority to do so.

The second type of violation involves stealing computer devices, including the use of a computer system with the intent to access unauthorized computer programs or services.

An individual can also be convicted for interrupting computer services, whether the attempt was intentional or reckless. Anyone who attempts to deny an authorized user access to a computer system also falls under this violation.

Third, misusing computer or computer system information can break the Connecticut computer crime law. This is a broad section of the law including altering, deleted, copying, damaging, intercepting, or adding data to computer systems.

Finally, destroying computer equipment is a violation of the law.

For smaller amounts, the individual may be convicted with a misdemeanor in Connecticut.

If you have been charged with any of these crimes, and especially if the alleged damage is high, you need to consult with a Connecticut white collar crimes attorney about your defense.