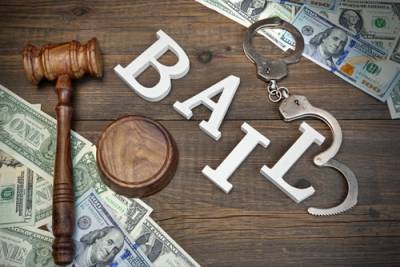 Last month, a recently enacted law went into effect that, with a few exceptions, will prevent judges from setting money bail for certain low-level misdemeanor offenses. The new law is expected to significantly reduce the state’s pretrial prison population and cut state spending, while keeping non-violent offenders out of jail until their trials. If you were recently charged with a crime or have questions about how the new law could affect you, you should contact a Fairfield criminal defense lawyer who can address your concerns and advise you on your next steps.

Last month, Governor Malloy signed the first of a series of laws intended to reform the state’s pretrial justice system. The new law, which was supported by both chambers is based partly on input provided by the Connecticut Sentencing Commission and the Connecticut Civil Liberties Union. The law went into effect on July 1st and makes the following significant changes to state law:

It is hoped that the reforms will help keep defendants accused of low-level misdemeanors who cannot afford bail from remaining behind bars. Currently, this population of individuals, many of whom have low incomes, remain in jail for weeks or even months, as a result of which, they are unable to remain employed and may also lose their housing. Meanwhile, defendants who are accused of much more serious crimes, but have access to more funds, are able to pay bail and so are released from detention. Similar reforms have proved successful across the country and have been effective in improving family stability and lowering recidivism.

The Scope of the Problem

There are approximately 3,343 people in jail in Connecticut who are there because they cannot post bond. This accounts for around 23 percent of the state’s entire prison population. The recently enacted reforms are expected to save $31.3 million over the next two years while reducing the overall pretrial prison population by ten percent.

At the Law Offices of Daniel P. Weiner, we are committed to providing our clients with personal, responsive service and have the experience and resources to aggressively defend their interests in the courtroom. Our talented Norwalk criminal defense attorneys represent those who have been charged with a wide range of offenses, including drug possession offenses, DUIs, white collar crimes, sex offenses, and juvenile crimes. To learn more about your own charges and your potential legal options please contact us to schedule a free consultation with a dedicated criminal defense attorney today.