Connecticut Renews Efforts to Keep Offenders under 21 in Juvenile Court 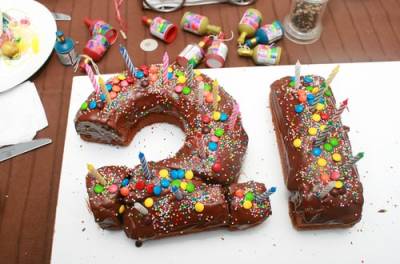 Gov. Daniel Malloy has proposed a plan that would raise the age for young offenders being prosecuted in adult court. Under the proposal, those tried in adult court would have to be 21 years old.

The proposal would not include those charged with serious offenses such as rape, assault with a firearm, and murder. Currently, those 18 years old and over are tried in adult court.

Gov. Malloy presented this proposal in 2016, but the legislature did not act on it. However, there are signs that this year, it may fare better. If this plan is adopted, Connecticut would be the first state to raise the age above 18 for most juvenile offenses.

This idea comes from Harvard University’s Kennedy School of Government, which has outlined a step-by-step implementation plan. “There’s no doubt this is a cutting-edge proposal,” study author Lael Chester told the Juvenile Justice Information Exchange.

The report argues that people between the ages of 18 and 21 are “emerging adults.” Research on the brain has shown that people in this age range still have the capacity to be rehabilitated. Research also indicates that this young age group does not have a fully developed brain, like that of someone over age 21.

The juvenile system has the goal of rehabilitating youth, thus, the study argues that this age group should be able to avail itself of these services. Massachusetts, Vermont, and Illinois are also considering such “Raise the Age” proposals.

Recidivism rates are high among the 18- to 21-year-old age group who are tried in the adult court system. Young adults who were prosecuted in adult court were 34 to 77 percent more likely to be charged with a crime again, and it is more likely that the second crime will be a violent crime compared to teens who were prosecuted in the juvenile system.

The Harvard report estimates the raising the age will keep about 10,000 offenders a year, or 10 percent of defendants, in the Connecticut juvenile system.

While it has yet to be seen whether this law will be adopted, our firm has helped many young people with criminal charges in juvenile and adult court. We understand that a criminal record at a young age is a burden, and we strive to reach a result that will set up a defendant for success in years to come.

Our firm represents adults and juveniles on a variety of criminal defense cases. Contact the Fairfield County, CT criminal defense attorney at the Law Offices of Daniel P. Weiner at 203-348-5846 if you would like your case to be evaluated by a skilled lawyer.