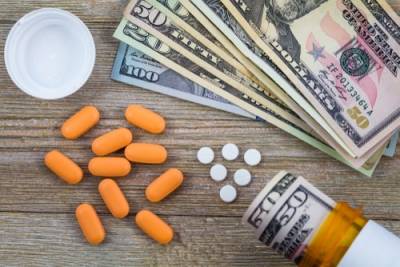 A Connecticut drug possession, sale, or distribution conviction may have ramifications beyond jail, fines, mandatory rehab and counseling, and community service. There is also reputational damage, the social stigma of your name being associated with drug use, and if you have children, potential loss of child custody. Each one of the detriments is only magnified if you face a second, third, or subsequent drug conviction.

With regard to child custody, state family court judges are vested with substantial discretion to issue child custody orders so long as they are “in the best interests of the child.” If you have a criminal history, it will likely factor into matters of custody if the judge feels that the child has been or will be put at risk of violence, abuse, neglect, or endangerment. With the fundamental right to direct the upbringing and education of your child at stake, it is imperative that you retain experienced criminal defense counsel if you have been charged with a drug crime in Connecticut.

Opiate-Related Drug Charges Are On the Rise

The scourge of opiates that has reached epidemic proportions across the nation has not left Connecticut unscathed. Heroin, once regarded as the most potentially lethal narcotic, while still prevalent and ruining lives, has been dwarfed by Fentanyl – a synthetic opiate 50 times more powerful than heroin. Largely manufactured in and distributed out of China, Fentanyl is responsible for thousands of deaths across the nation. It is extremely addictive and powerful, and many self-administered dosages have resulted in death as well as repeat overdoses.

National, state, and local authorities are confronting the opiate crisis, educating the public about the danger of opiates and working to rid communities of their presence. Part of this effort is the meting out of harsh penalties for drug possession. For a first time conviction of heroin possession, for example, a court may properly impose a jail sentence of up to seven years and a fine of up to $50,000. If a possession charge is coupled with a related charge such as intent-to-sell, penalties only increase in severity.

Protecting Your Legal Rights in the Wake of a Drug Charge

You have important legal rights under the Fourth and Fifth amendments if charged and prosecuted for a drug crime. To ensure that your legal rights are protected and the strongest possible defense is mounted, rely on an experienced Fairfield County criminal defense attorney.