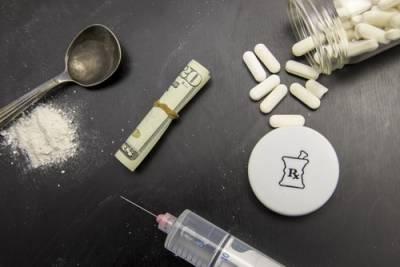 Connecticut, along with the rest of the United States, is in the midst of an opioid crisis. Opioids, the group of drugs that includes heroin and prescription painkillers such as fentanyl, oxycontin, and oxycodone, have killed tens of thousands of Americans – more people, in fact, than died in the Vietnam War.

Since 2010, Connecticut has seen an increase in accidental death involving drugs, including opioids. Faced with such a scourge, state and federal law enforcement are tasked with fighting the possession, use, and distribution of these dangerous and all too often deadly drugs. If you have been charged with an opioid-related drug offense, you will face serious consequences if convicted. For your legal rights and your future, it is imperative that you task an experienced Fairfield County criminal defense attorney with your legal defense.

Opioid Possession is Punishable by Jail Time and Fines in Connecticut

While punishments for first-time marijuana possession are minimal or non-existent (when lawful), the law punishes even first-time possessions of opioids severely. For first offense heroin possession in Connecticut, you will face a prison term of up to seven years and/or a fine of up to $50,000.

For a second offense conviction, you are looking at up to fifteen years behind bars and a $100,000 fine or both. For a third conviction, a 25-year prison term and a $250,000 fine, or both, may be meted out by the court. Such long terms and substantial fines are especially fear-inducing when it comes to opioid-related charges because of the especially addictive nature of opioids (increasingly the possibility of second, third, and subsequent offenses).

Sale of Opioids is Punishable by Lengthy Prison Terms

With Opioid Epidemic officially being declared a national emergency by the President of the United States, law enforcement is working hard to stop the distribution and sale of fentanyl, heroin, and prescription painkillers. Partnering in this effort on the state level, are Connecticut courts. Conviction of a first-time offense of narcotics is punishable by a mandatory minimum sentence between five and twenty years.

If you have been charged with the possession or sale of opioids in the state of Connecticut, it is imperative that you mount the strongest possible legal defense with an experienced Norwalk criminal defense attorney. An experienced attorney will protect your constitutional rights under the Fourth and Fifth Amendments, and hold the state’s prosecutor to the burden of proof imposed by the law.